A strong comeback at the worlds has rebounded former swimming prodigy Ye Shiwen from the brink of retirement, pushing her to go the extra mile en route to Tokyo 2020. 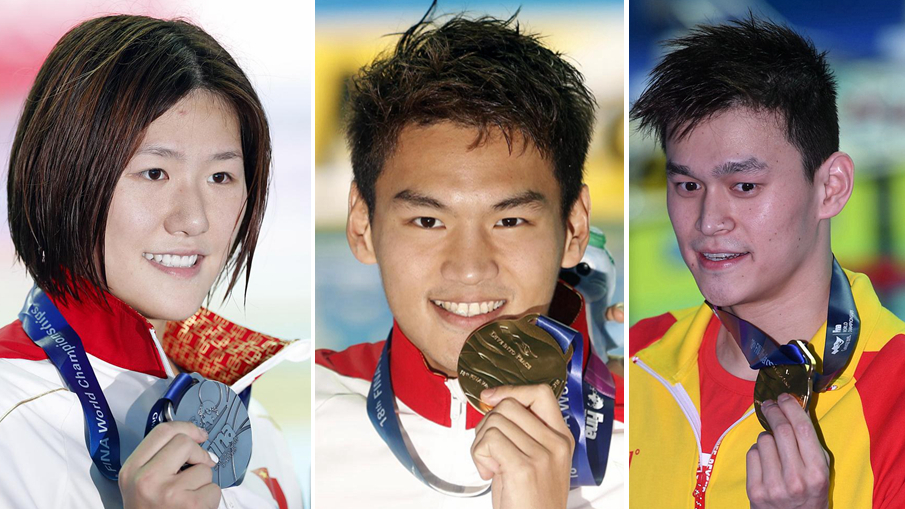 With Tokyo 2020 less than a year out, China prepares for the Olympics as Ye Shiwen (L), Xu Jiayu (C) and Sun Yang (R) shine in Gwangju. (Photo: CGTN)

For any swimmer with two Olympic gold medals, settling for silver is far from satisfying. But after finishing runner-up in the women's 200m individual medley at the ongoing world championships in Gwangju, South Korea, Ye appeared even more excited than after she struck gold in the 200 and 400 IMs in her Olympic debut at London 2012.

"It's been way too long ... long enough for me to almost give up the sport," Ye said after clocking 2:08.60. "Stepping onto the podium again after seven years, I have mixed feelings. I didn't realize until now that my heart has never left the pool. I belong to where I am standing right now."

With the silver medal from Ye on the final day of the tournament, China topped the medal table with 16 golds, 11 silvers and 3 bronzes, maintaining its dominance throughout the 17-day swimming competition. 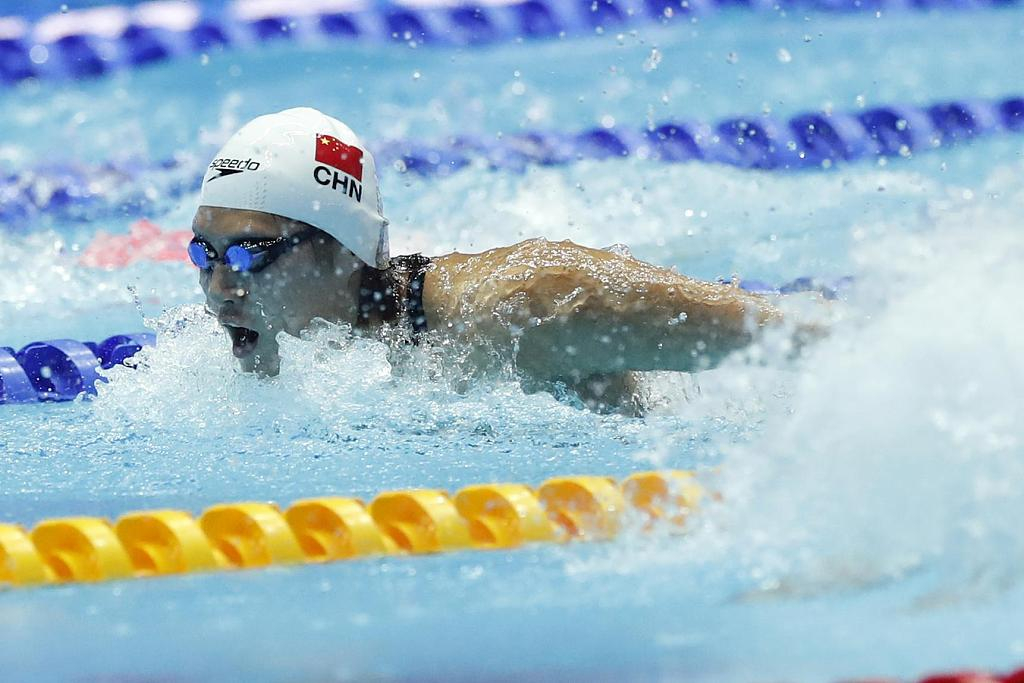 Ye's silver at the worlds has given her a timely confidence boost. (Photo: VCG)

The last day of the World Championships also saw a world record made by the United States. Team USA set a new world record of three minutes and 50.40 seconds in the women's 4x100m medley relay, breaking the previous record of 3:51.55, set by the U.S. team itself in Budapest two years ago.

The Gwangju Worlds, which opened on July 12, ended its 17-day journey under the slogan "Dive into Peace."

China sent a squad of 99 athletes to vie in all disciplines. Through the races, 43 percent of the 2020 Tokyo Olympic qualification spots were allocated.

China's medals at the Gwangju Worlds