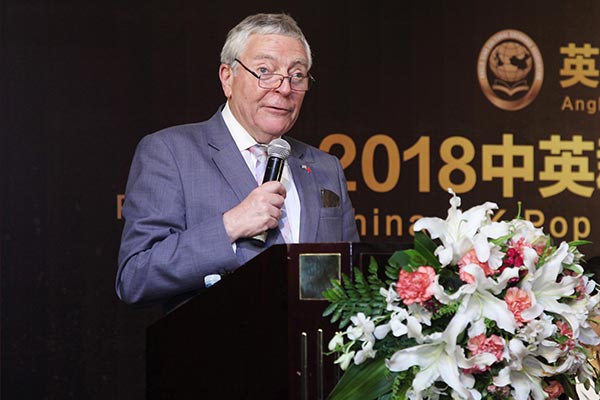 The inaugural four-day China-UK Pop Music Summit was held in Beijing from 28 June to July 1, which gathered together experts and performers from China and the United Kingdom.

Initiated by the Anglo-Sino Cultural Exchange Association, the aim of the event was to improve the two country's mutual understanding of their music industries and discuss how they could work more closely together in the future.

The group from the UK was led by Lord Tim Clement-Jones, who is a member of the House of Lords in the British Parliament.

"We have had a whole mix of people from the music industries, such as academics and lawyers from China and the UK. We exchanged a range of ideas, not only about our common musical cultures but also about some of the intellectual property copyright issues which the music industries both in China and the UK face, and how we can get much better remuneration for our artists to encourage them to do even better in the future," he says.

Other key speakers at the summit included Mario Anastasiades of Middlesex University, who gave a lecture about the music business and arts management, Chinese musician Li Haiying, who is also vice-chairman of the China Music Copyright Association, and Cui Shu, a Chinese songwriter and music producer.