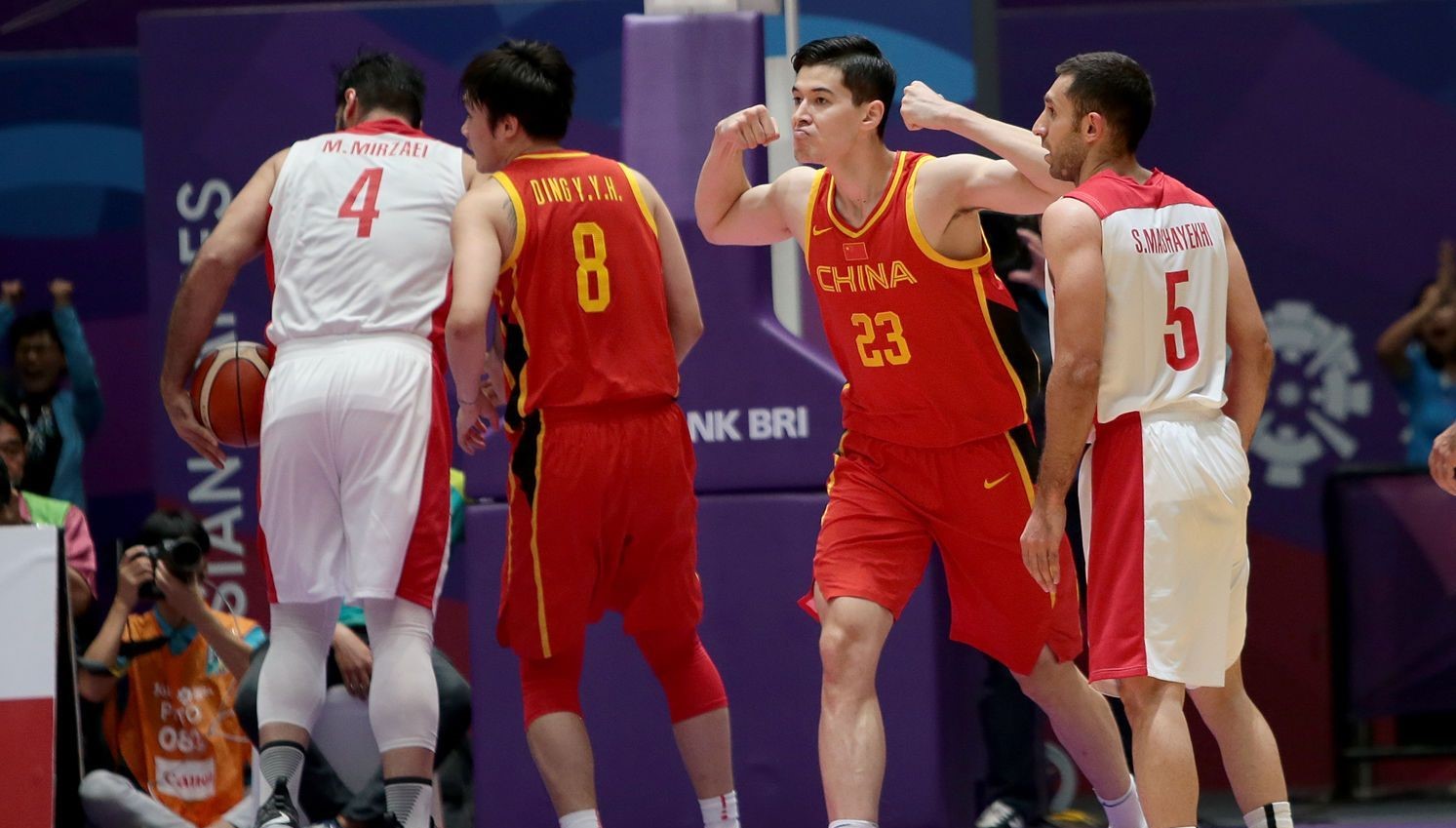 JAKARTA, Sept. 1 (Xinhua) -- The awe-inspiring Team China won the long-coveted men's and women's basketball gold medals on Saturday as the Asian sporting powerhouse won 14 out of 44 golds up for grabs on the penultimate day of the two-week, 40 sport Asian Games.

China's gold rush was highlighted by the hard fought men's basketball title when China beat Iran 84-72 in the final for their eighth title in the Asian Games history.

After Iran took an 18-10 lead from the first two minutes, China managed to narrow the gap and even closed to one point through the efforts of Fang Shuo and Abudurexiti, although Iran still led by 45-41 into the second half.

Wang Zhelin started the third quarter with his shot, helping China to turn the tide 50-45 together with a pair of 3-pointers from Zhao Rui, and to lead 59-56 into the last quarter.

Zhou Qi and Ding Yanyuhang combined for a string of 3-pointers to guide China for a 71-61 lead, a double-digit advantage kept till the end of the match.

"It's a tough battle, we tried everything to drag down (Hamed) Ehdadi, and we made it," said Zhou.

Four years ago, China lost to Iran and failed to make it to the semifinals at the Incheon Asian Games. "Nobody thought we were going to win, this time we see ourselves as challengers for the title," Zhou added.

Team coach Li Nan said: "This is a young team, this precious Asian Games title is helping us to build up our confidence. We will learn from our predecessors, to be more aggressive on the court."

Earlier on the same court of the Istora Stadium, Indonesia's prestigious badminton venue which was transformed temporarily into a basketball court, the Chinese women's basketball team edged past the Unified Korean team 71-65 to claim their sixth title at the Asian Games.

The first half was hotly contested as the two teams tied at 38-38. China, which lost to South Korea in the final of the Incheon Games to miss out on the gold, held nerves to win some key points in the second half before claiming the final victory.

In women's volleyball final, Olympic champions China had total control as they beat Thailand 25-19, 25-17 and 25-13 to claim the gold medal.

For China coach Lang Ping, the gold medal has a special significance, as this year marks the 40th anniversary of her first appearance as a volleyball player at the Asian Games in Bangkok in 1978. Lang won a silver along with her team at the Bangkok Asiad.

"We prepared very well and played patiently today," Lang said after the match, adding that she felt winning the gold medal was like a gift from her team to her for the anniversary.

The next challenge for the Chinese women's team will be the FIVB women's world championship that will kick off later this month in Japan.

There were also wins for China in table tennis, a traditionally strong sport for the country, when Wang Manyu and Fan Zhendong triumphed in all-Chinese women's and men's singles finals.

The table tennis competitions came to an end as China swept all five gold medals on offer. China already bagged the men's and women's team and mixed doubles gold medals, once again demonstrating their supremacy in Asia with five golds and three silvers.

In diving, two-time Olympic and world champion Shi Tingmao confirmed her reputation in the women's 3m springboard by taking the Asian Games title which also serves as her 27th birthday gift.

Shi, who turned 27 on Aug. 31, led from the start by taking the gold with a total of 389.40 points. It was her second title at the Games after she won the synchro event with Chang Yani.

China made a clean sweep in all 10 events on offer in the 5-day diving competitions, bagging 10 gold medals and 6 silver medals.

With just one day to go, China now lead the medal table with 132 gold, 92 silver and 65 bronze medals, followed by Japan and South Korea on 74 and 49 golds. Hosts Indonesia sit fourth with 31 golds.

On the last day of the 18th Asian Games on Sunday, there will be closing ceremony and also a triathlon mixed event to be contested.