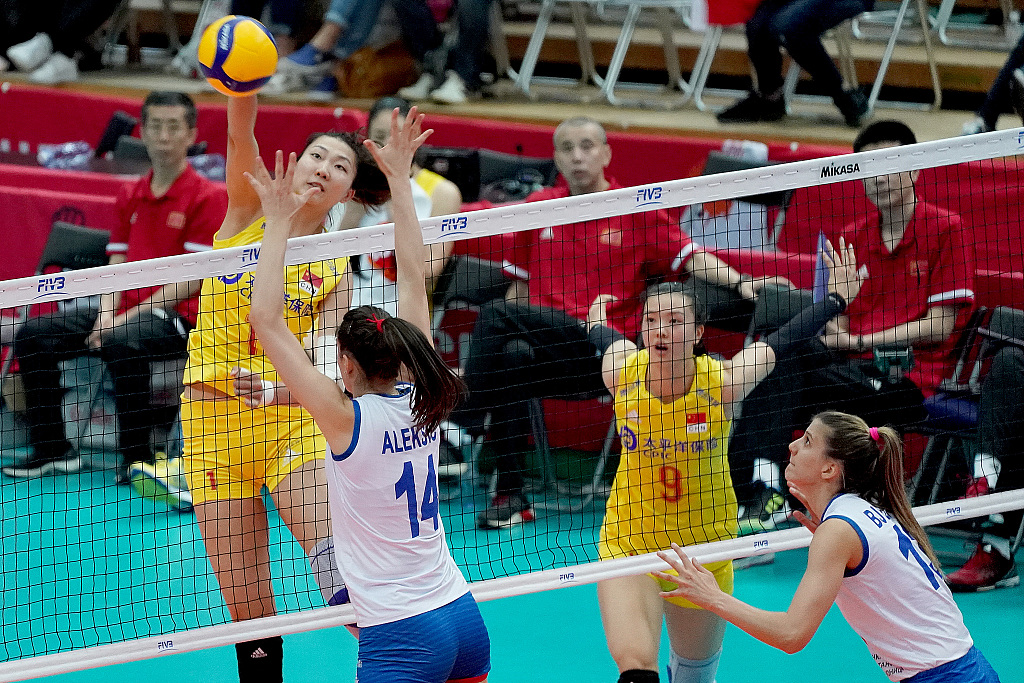 Photo: VCG
China cuised to victory against the world champions, which sent a young squad for the tournament, in straight sets of 25-14, 25-21, 25-16, winning the World Cup for the fifth time and have collected a total of 10 major trophies, including three from Olympics and two from world championships.
China have boasted a perfect record so far in the tournament, securing the World Cup top podium with one round remaining in the 12-team round-robin tournament.
China's last opponents will be Argentina and are poised to wrap up the World Cup with all wins.