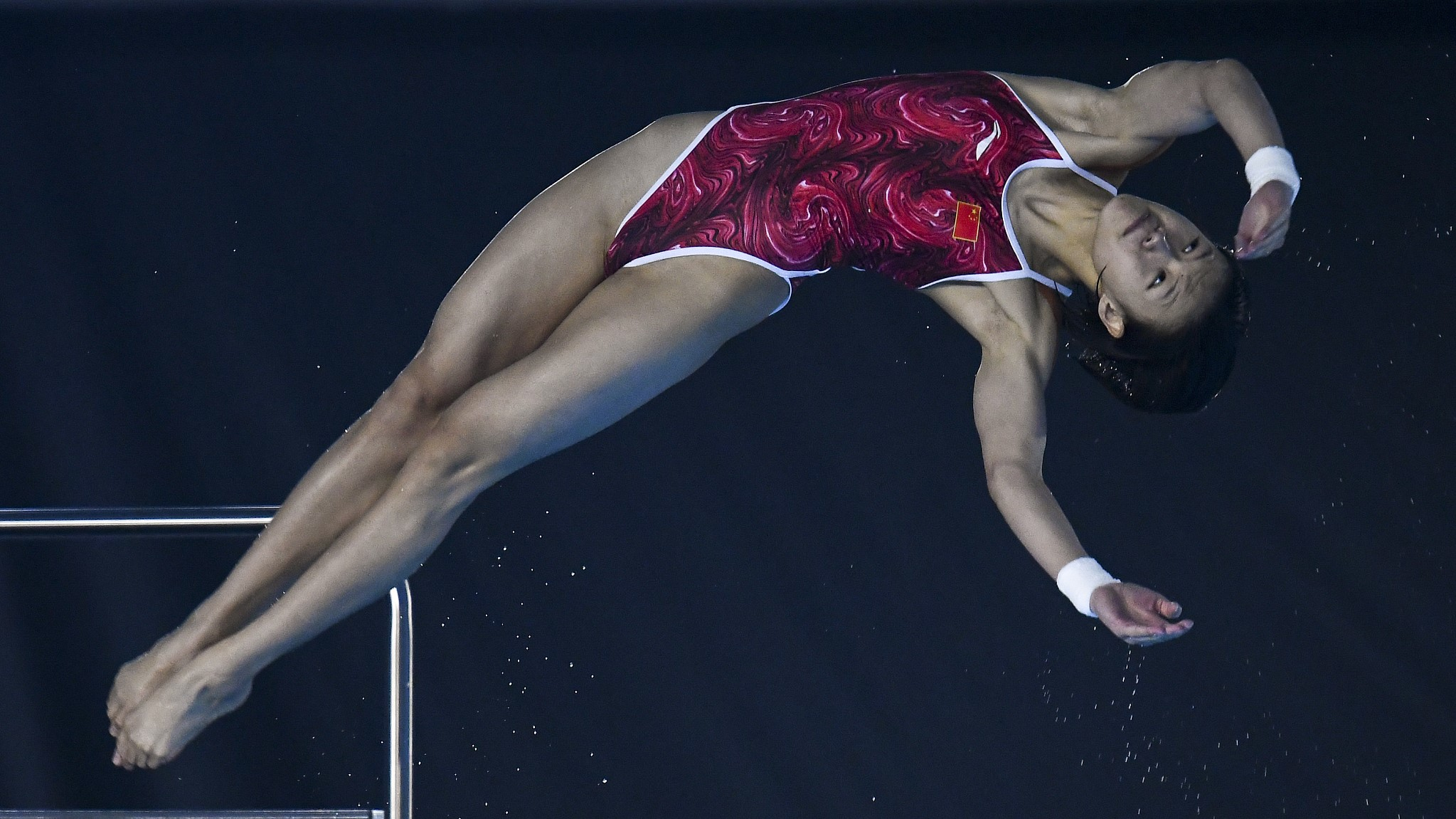 China's Lin Shan on Saturday took the first diving gold medal for her country with 466.50 points in the final of the women's 10-meter platform at the 2018 Summer Youth Olympics in Buenos Aires.

In the final, Lin chose DD-3.0 No.107B (Forward 3½ Somersaults) for her first dive but performed it poorly, receiving only 63 points. She ranked No. 4 after the first round.

As the final went to the last round, Lin chose DD-3.2 5253B (Back 2½ Somersaults 1½ Twists) and delivered a flawless dive that was worth 76.80 points. In addition to the 176.30 points in the first four preliminary rounds, Lin took the gold medal for Team China.

Lin's success as member of Team China did not come as a big surprise but she considered her rivals to be "really tough". Though Lin did not think she did a perfect job, audience kept cheering for her. An Argentinian reporter even wondered if she's China's best diver today.

Sofiia Lyskun from Ukraine won the silver medal with 406.10 points and Gabriela Belem Agundes Garcia from Mexico took the bronze.