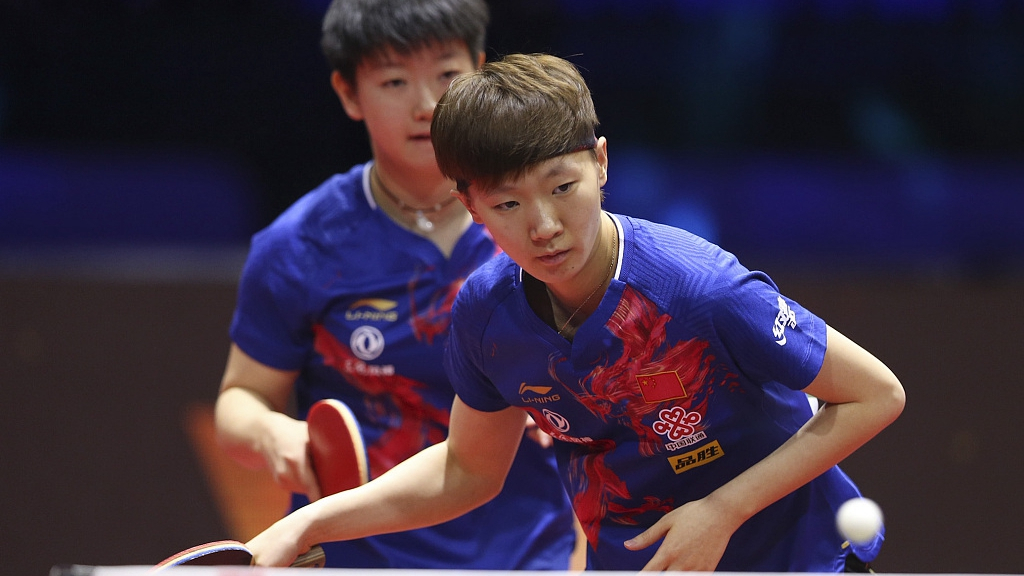 The second seed Chinese pair failed to resist their aggressive top-seeded opponents during the early two games, but clawed back with the following three games – the fifth seesaw game in particular.

In the crucial sixth game, the roaring Chinese duo performed competitively with a 3-0 lead and resisted their rivals' attacks, held the game 10-6 of four match points. After two losses, the younger Chinese pair nailed their win over the Japanese counterpart.

“This is our second big international tournament and when we were down, we just tried our best because our opponents are very strong and competitive. We just told ourselves not to give but stick with the match,” Wang Manyu said after winning the title.

It was the ninth time China has accomplished the rout of the five events on the world championships stage.