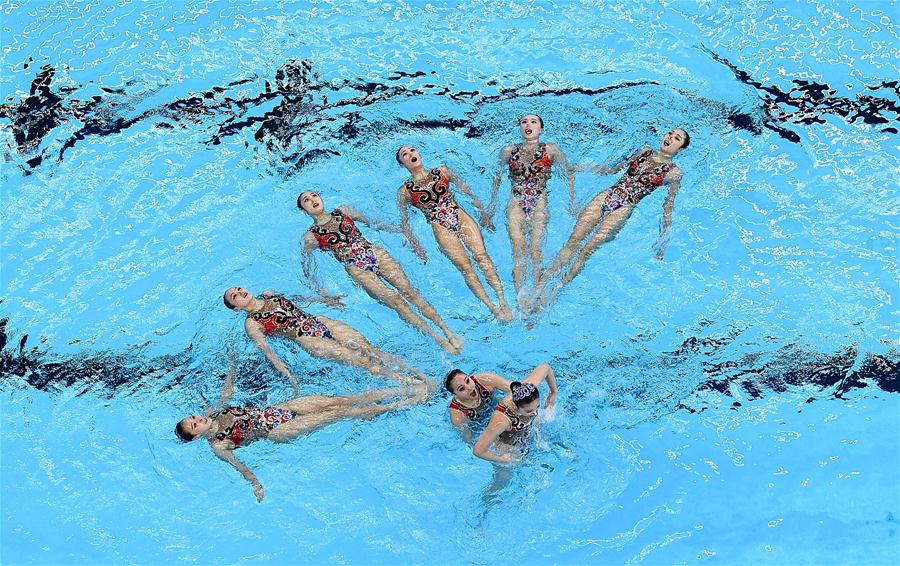 JAKARTA, Aug. 29 (Xinhua) -- With the traditional Peking Opera music elements to depict the moves of Phoenixes in the water, defending champion China retained the team artistic swimming title for the fourth time, also the 100th gold medal for team China at the Jakarta Asian Games here on Wednesday.

In the team technical routine, China performed The Beautiful Baikal and led the field with 92.5062 points, continued to lead the free routine with the Phoenix Dance The Quintessence for 94.4333, for a winning total of 186.9395.

"We are honored to win the 100th gold medal for team China! It was a long and busy day. It's the first time we competed both technical and free routines within one day. We got up at 4am and did make-up, warm-up and competition," said Guo Li, a member of China's winning team in the Team Combination at FINA World Championships last year.

"It's no problem at all since we trained much harder than this. We want to show the beauty of the Chinese traditional style and physical power and speed to the audience and refereees," Guo added.

The Jiang sisters, who will be 32-year-old by September, became the first champions aged over 30s and the first mother athletes in the Asian artisitic swimming history.

China swept all 10 gold medals on offer of the sport since 2006.