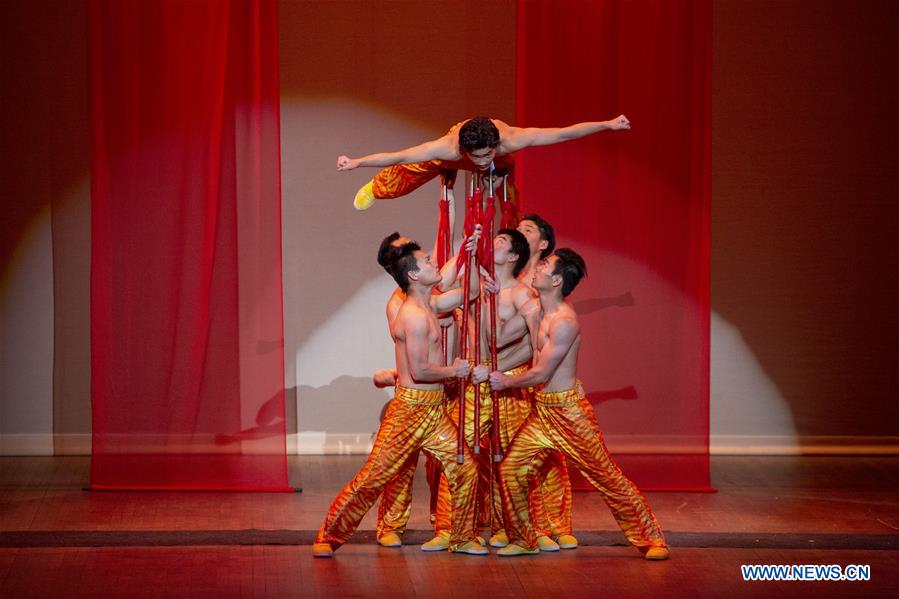 Actors perform during an acrobatic show in Houston of Texas, the United States, on Feb. 22, 2020.  (Photos by Lao Chengyue/Xinhua)

HOUSTON, Feb. 23 (Xinhua) -- Hundreds of Americans marveled at an acrobatic performance Saturday evening in Houston, the fourth largest city in the United States.

Presented by The Peking Acrobats, the show featured award-winning programs. The performance received cheers and acclamation from the audience.

According to head of the acrobatic troupe Li Yufei, there are around 20 artists in the troupe which brought 15 performances to Houston this time. They have been performing in various cities in the United States since last November.

The Houston show was brought by the Society for the Performing Arts (SPA), a nonprofit presenting internationally acclaimed artists from the entire performing arts spectrum.

General Manager of the SPA Lee Strickland told Xinhua that the organization has brought some Chinese art performing groups in Houston in the past 20 years and this was the fourth time that The Peking Acrobats had performed here.

"Traditionally it's been great. People actually love this company," he said. "They are the fans' favorite."

Strickland said the novel coronavirus disease in China should not stop people from celebrating the culture.

"Especially at a time like this, it's best to celebrate the Chinese people and their arts that they provide. The richness of their culture should be celebrated, not feared," he said.

Since its founding in 1986, The Peking Acrobats have achieved international acclaim, dazzling audiences around the world. 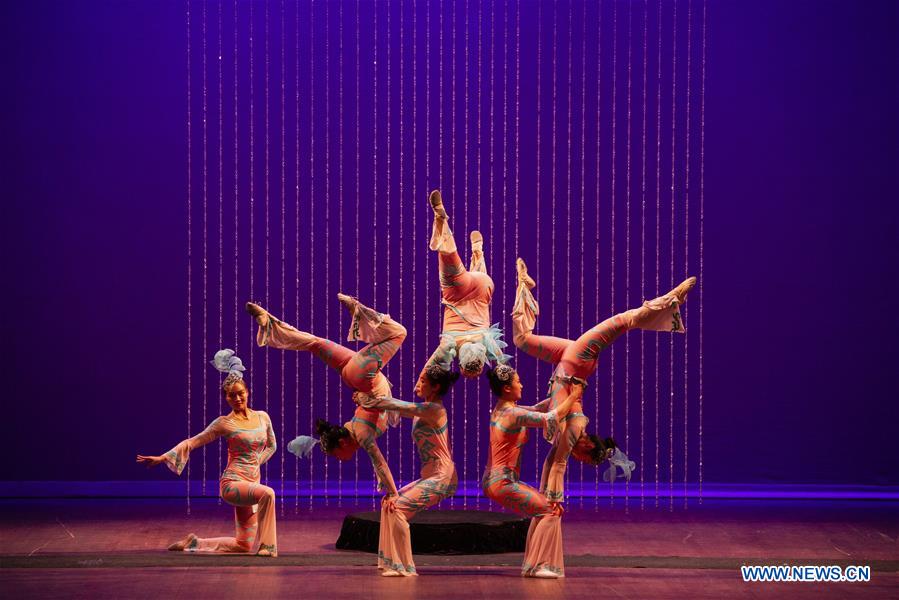 Actresses perform during an acrobatic show in Houston of Texas, the United States, on Feb. 22, 2020.