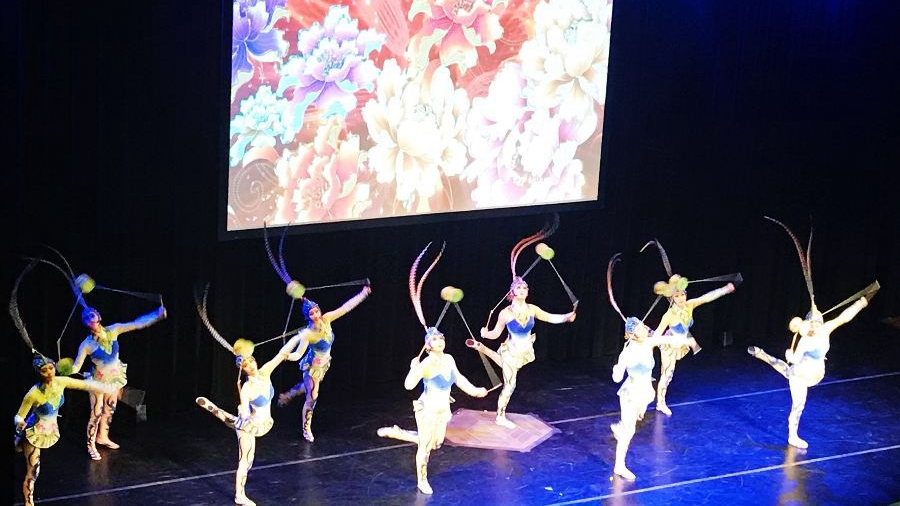 China's award-winning acrobats took 1,500 audiences on a thrilling adventure into their fast-paced, electrifying world at a gala celebrating the upcoming Mid-Autumn Festival held in New York on Saturday.

Famous vocalists and traditional instrument players also performed both traditional and modern Chinese music, including the ethnic minority folk songs of the country.

The show of Chinese acrobatics and musical Arts was presented by All-China Federation of Returned Overseas Chinese and New York Association for Peaceful Unification of China as part of the celebrations by local Chinese communities marking the Mid-Autumn Festival that falls on September 24 this year.

CNAT represents the supreme level of acrobatic performance as it not only preserves its traditional programs, but also integrates music, dance, drama, Chinese Kungfu, Beijing Opera etc. into its acts.