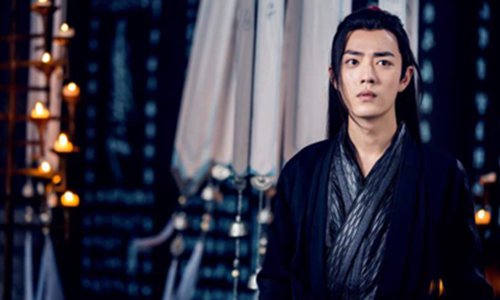 Chinese actor Xiao Zhan, South Korean singer Oh Se-hoon and Japanese actor and singer Tomohisa Yamashita ranked in at first, second and third on the 100 Most Handsome Faces in Asia 2019 list released by TCCAsia on Saturday. Blackpink member Lisa came in a No.1 on the 100 Most Beautiful Faces in Asia 2019 list, followed by Japanese singer Sakura Miyawaki and Blackpink member Jennie. The best result for a Chinese actress or female singer was Angelababy in fourth place. Other Blackpink members such as Rosé ranked 13th, while Jisoo came in 22nd. This is the second year that Lisa has won the first place.

The global list of 100 Most Beautiful Faces has been released annually by TC Candler, TCCAsia's parent company, and the Independent Critics since 1990.

After the news came out, the hashtag #XiaoZhan earned nearly 20 million views on China's Twitter-like Sina Weibo while the post on TCCAsia's official account has been reposted more than 100,000 times. On Twitter, fans from many countries congratulated the members of Blackpink for their rankings.

"He is endowed with both a handsome appearance and acting skills. He deserves every compliment, this kind, gentle young man who is always full of positive energy and seeks to be a better actor, " posted Xiao fan on Sina Weibo on Sunday.

The 28-year-old Chinese actor has quickly risen to fame after starring in Chinese TV drama The Untamed, which has aired both in China and overseas countries including Thailand.

When his Thai fan account @Xiao Zhan Thailand tweeted the news, it was soon retweeted 5,900 times and liked 4,200 times.

"He looks great from every angle. The number one title really suits him," Thai netizen Midnight_Tea_T posted on Twitter on Sunday.

Previously a designer and then a trainee on a talent show, Xiao officially made his debut as a lead singer in 2016. He previously starred in several streaming dramas until he took on the role of Wei Wuxian, the lead character in The Untamed.