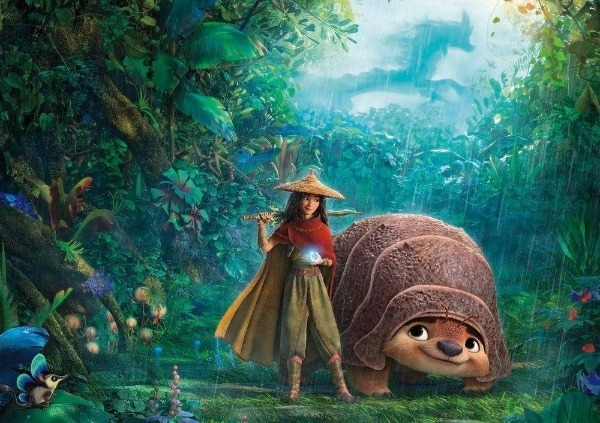 "Raya and the Last Dragon" is an animated action-adventure film inspired by Southeast Asian culture.(Photo: Mtime)

Winging into theaters and online on Friday is Disney's highly anticipated "Raya and the Last Dragon," an animated action-adventure film inspired by Southeast Asian culture.

Directed by Don Hall and Carlos Lopez Estrada and featuring a predominantly Asian American voice cast, the film, set in the fantasy land of Kumundra, follows a young girl who sets off on a perilous journey to find the legendary last dragon to help unite her fractured land and save her divided people from an ancient evil force that threatens them all.

Xinhua reporters sat down for exclusive interviews with two of the project's top creative animators, both originally from China, who helped bring this enchanting film to life.

Benjamin Huang, Raya's environment look development supervisor, is responsible for creating the rich, detailed fantasy environments that the animated world is made up of, while Joyce Tong, the effects lead, along with her co-lead, focuses on creating visual effects for the characters, the dragon, water, fire, and elements of destruction for the film.

They explained how, for this project, Disney's director and producers formed a small "culture trust group" of the company's Asian-born staff who had a deep familiarity with the culture. They all met once a week to express their ideas about what was important to Asian people and to help the project to be as authentic and respectful of the local culture and people as possible.

"Asian culture is very deep and ancient, and they are very proud of it, and as an Asian, I understand that and tried my best to uphold that standard for Disney," Huang said.

Doing the film also helped him to better understand what was most important in Asian culture - like its unique customs and its desire to live in harmony with plants and animals and the environment.

"And food," Huang laughed. "For Asians, sharing food with people is very important." 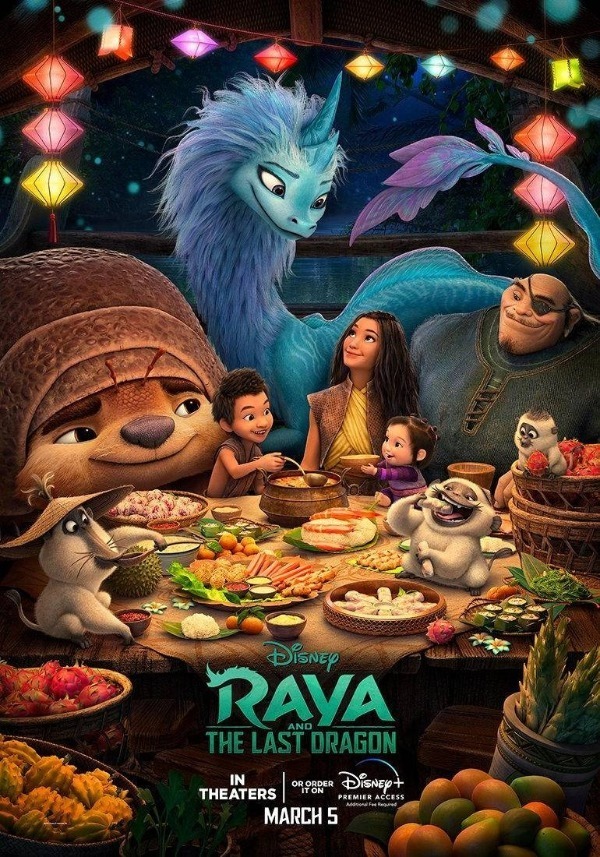 "Raya and the Last Dragon" is an animated action-adventure film inspired by Southeast Asian culture.(Photo: Mtime)

"We pay attention to what they eat, all the ingredients, and how they cook them, what clothes they wear, how parents and children interact ... It's very different from the West," Huang explained.

Tong mentioned other cultural differences, like how Asians use body language and honorary titles to show respect for their elders and proper behavior in their spiritual places like temples.

"During the making of this film, I and my Asian colleagues had chance to share our culture with American colleagues, and eventually with audiences all over the world," commented Tong, who enjoys the multicultural environment in Disney and the company's belief that artists from different backgrounds can give more depth to their films and spark more creative exchanges.

"Besides proving yourself individually as an artist, as a Chinese person, you try to work even harder to be a good representative of your culture."

"My Chinese background helped me a lot," Huang told Xinhua. "I was raised in China and came to the US when I was 18, so I had a personal understanding of Asian culture to offer the research team and it was such an honor to be a part of it," he added.

Tong was inspired by the dragon element. As a kid growing up in Chinese culture steeped in dragon lore, she told Xinhua that ancient dragon stories already lived vividly in her imagination. "That gave me inspiration to create my dragon effects ... in the water, flying in the sky, in the clouds," she explained.

Huang's team created five distinct lands for Raya, each with their own unique environments and look, which corresponded to different parts of a dragon.

"Our environment team was able to help to elevate the film to a hyper-realistic and believable level," he explained by combining realistic environments references from Southeast Asia with Disney's famed "secret sauce" of fantasy elements that makes their films so popular with audiences all over the world.

"Details are important, they help people relate better to the story and characters," Huang explained.

Both Huang and Tong are among 2019 Visual Effects Society Award nominees. They are volunteers of Disney's US-China Animation Bootcamp, where top Chinese animators and producers visit Disney's headquarters in Burbank, California, to exchange ideas and learn Disney's cutting edge creative and administrative processes and workflow.

Huang, who aspires to direct his own animated film for Disney one day, was a volunteer translator and instructor at the bootcamp, while Tong, a member of the international Visual Effects Society, was a bootcamp attendee. They both praised the opportunity it provided to build cross-cultural bridges and fruitful collaborations.

"All the Chinese animators who attended learned a lot from Disney and we learned from them too," Huang told Xinhua.

"However, those trips gave Chinese filmmaker a way to see the latest computer-generated technology and how it can be used in their own productions," she added.