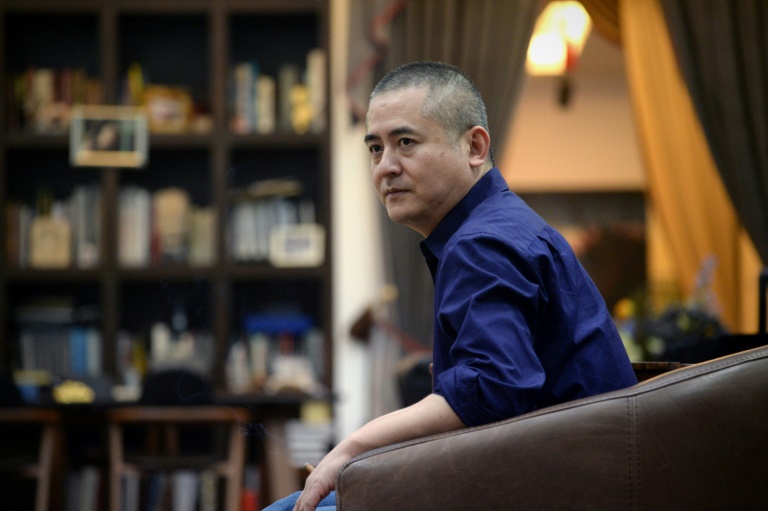 It’s hard to imagine that any artist would take on the daunting task of re-inventing some of Vincent Van Gogh’s most iconic self-portraits and paintings.

But in a new exhibition opening Friday in Amsterdam, one of China’s best known contemporary artists, Zeng Fanzhi, has done just that, and in a unique fusion presents a series of striking paintings that lend fresh energy and vibrancy to the Dutch artist’s works.

“Many of the works by Vincent Van Gogh have become so iconic that you always feel that you know them, and we tend not really to look at them anymore,” said Axel Rueger, the director of the Van Gogh museum.

“That an artist really dares to enter into that confrontation again, and look at Vincent’s work afresh, and … do his own thing with it. That is for us of course, really interesting and really inspiring,” he told AFP at a press preview on Thursday.

For the exhibition “Zeng Fanzhi/Van Gogh” which runs until February 25, the Chinese artist has recreated six masterpieces by the Dutch master, adding his own distinctive brushstrokes, and even imbuing the new works with Chinese calligraphy and handwriting.

The effect is startling. In Zeng’s re-imagining of a 1889 self-portrait, Van Gogh in a blue furry hat, his ear bandaged and a pipe in his mouth, still stares from the canvas somewhere into the distance. But Zeng has overlaid the portrait with a dizzying swirl of bold, rich lines. It’s both instantly recognisable, and yet completely new.

“Van Gogh and I differ a lot in many ways. There is 100 years of time between us,” Zeng told AFP, adding he had long been inspired by the troubled Dutch painter, who killed himself aged 37 in 1890 after a short-lived, but prolific career.

“I’m a contemporary artist and Van Gogh is a post-impressionist artist. So we have totally different backgrounds and we express also other things, other feelings,” he added, speaking through a translator.

But while “each artist has his own character” he acknowledged they may have a similarity of spirit, speaking of his “inner excitement” as in a burst of work he produced the large paintings in just a couple of years.

Zeng, whose 2001 painting “The Last Supper” sold for $23.3 million in 2013 making him one of China’s top-selling living artists, has also recreated a huge canvas depicting Van Gogh’s famous “Wheatfields.”

“You can see how he recreates Van Gogh’s work and makes it his own,” said the exhibition’s curator Maite van Dijk.

“It’s an artwork in itself … it’s a very, very powerful, very, very striking painting,” she told AFP, adding she was struck by the emerging “dialogue” between the two men through their artworks, which had enabled her to “re-explore Van Gogh’s own emotions”.

“Van Gogh said in his letters that he wanted to put soul in his art, to communicate with his art and what we see here is still the desire to communicate, but with various levels and various meanings,” she added.

Born in 1964 in Wuhan in Hubei province, Zeng lives and works in Beijing. But his work has been exhibited in many of the world’s top museums, and in this new exhibition he is the first living Asian artist to hang alongside Van Gogh in Amsterdam.

It was a chance visit by Van Dijk to Zeng’s Beijing studios which led to the collaboration.

Hanging on the wall was a 2009 oil painting by Zeng of his boots, which recalled a similar series of Van Gogh’s paintings of his own shoes. “It was a perfect match,” said Van Dijk.