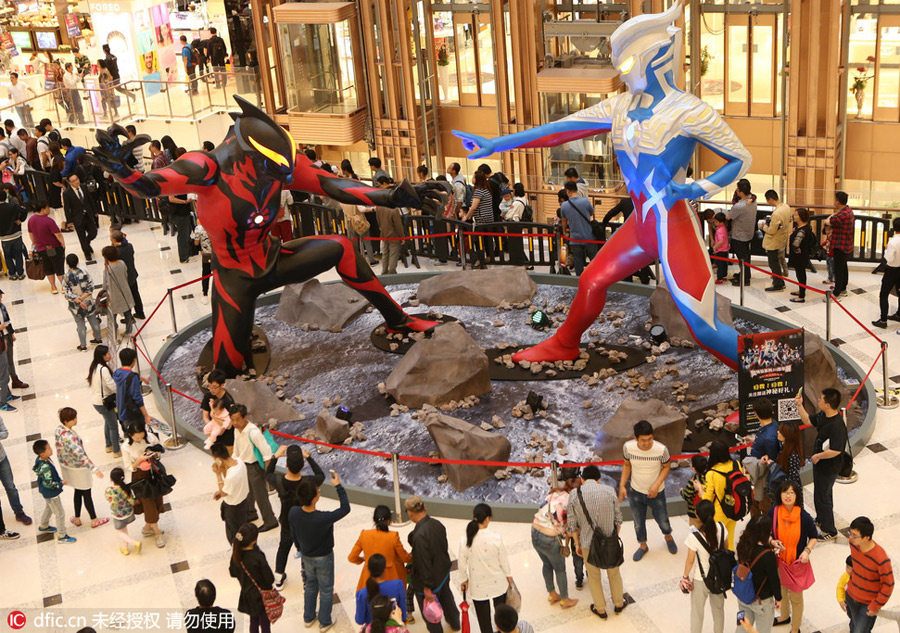 In an obituary on Tuesday, the Japan Cartoonists Association stated that Kazumine, a member of the association, died of cerebral hemorrhage and lobar pneumonia on Nov. 27 at the age of 84, according to Japanese media reports.

The Ultraman TV series, featuring a silver-suited masked superhero who comes from outer space to save the earth from gigantic monsters, was first aired in China in the early 1990s and has become the childhood memory of many Chinese audiences.

In 2013, the series, produced by Japanese studio Tsuburaya Productions, was certified by Guinness World Records as the TV series with the most number of spin-offs.

On Weibo, the Chinese equivalent of Twitter, dozens of topics related to Ultraman can be found, with views totaling nearly 300 million.

Courage, love, inheritance, and a sense of justice are visible throughout the Ultra Series, said Li Bin, a young fan from Nanjing, the capital city of east China's Jiangsu Province.

"The unflinching courage in front of enemies, the undying will to protect Earth, and the compassion and love to protect the weak form the theme of the entire series," Li said.

Born in Tokyo in 1935, Kazumine had worked on many manga adaptations of superhero works with special effects, including the Ultraman and Spectreman. He won the Japan Cartoonists Association Special Award in 2005.

News of Kazumine's death received wide attention on Chinese social media due to the popularity of the Ultraman Series. As of 2 p.m. Wednesday, the Weibo hashtag "author of Ultraman comics series passed away" had exceeded 89 million views, with more than 14,000 comments.

"Rest in peace, and thank you for all the joy your work has brought me," wrote one Weibo user, "I hope you can fly to the homeworld of the Ultras of Nebula M78, and maintain peace of the universe with Ultraman in the land of light."

"I believe Ultraman is always here because I believe in the light," another comment reads, drawing reference to a well-known line in the series.

"Thank you, Mr. Daiji Kazumine, for your contribution to the widespread dissemination of the Ultraman series. May there be no illness in heaven, and rest in peace," the post reads.