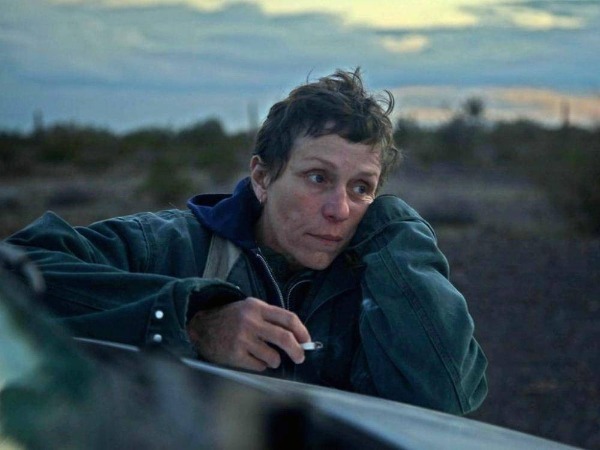 The road-trip drama, starring Frances McDormand, remains as a favorite among critics in the HCA awards, a lead-up to the Oscars this year, with Zhao pocketing three individual nods, namely Best Female Director, Best Adapted Screenplay and Best Film Editing.

Two-time Oscar winner McDormand, who plays a woman who loses everything in a recession and embarks on a journey through the American West, was nominated for Best Actress. The film's Joshua James Richards was shortlisted for Best Cinematography.

Based on a 2017 non-fiction book, the film has racked up accolades across the United States. Its latest trophies included Best Picture, Best Director, and Best Cinematography from the 2020 Atlanta Film Critics Circle Awards on Monday.

Earlier, Nomadland had won the Golden Lion at the Venice Film Festival and the People's Choice Award at the Toronto International Film Festival, making history as the first to win both honors.

The HCA, one of the newer US film critics' groups, will hold its annual film awards ceremony virtually on March 5.