CULTURE Chinese box office: 'Deadpool 2' leads, but not so good as expected

Chinese box office: 'Deadpool 2' leads, but not so good as expected 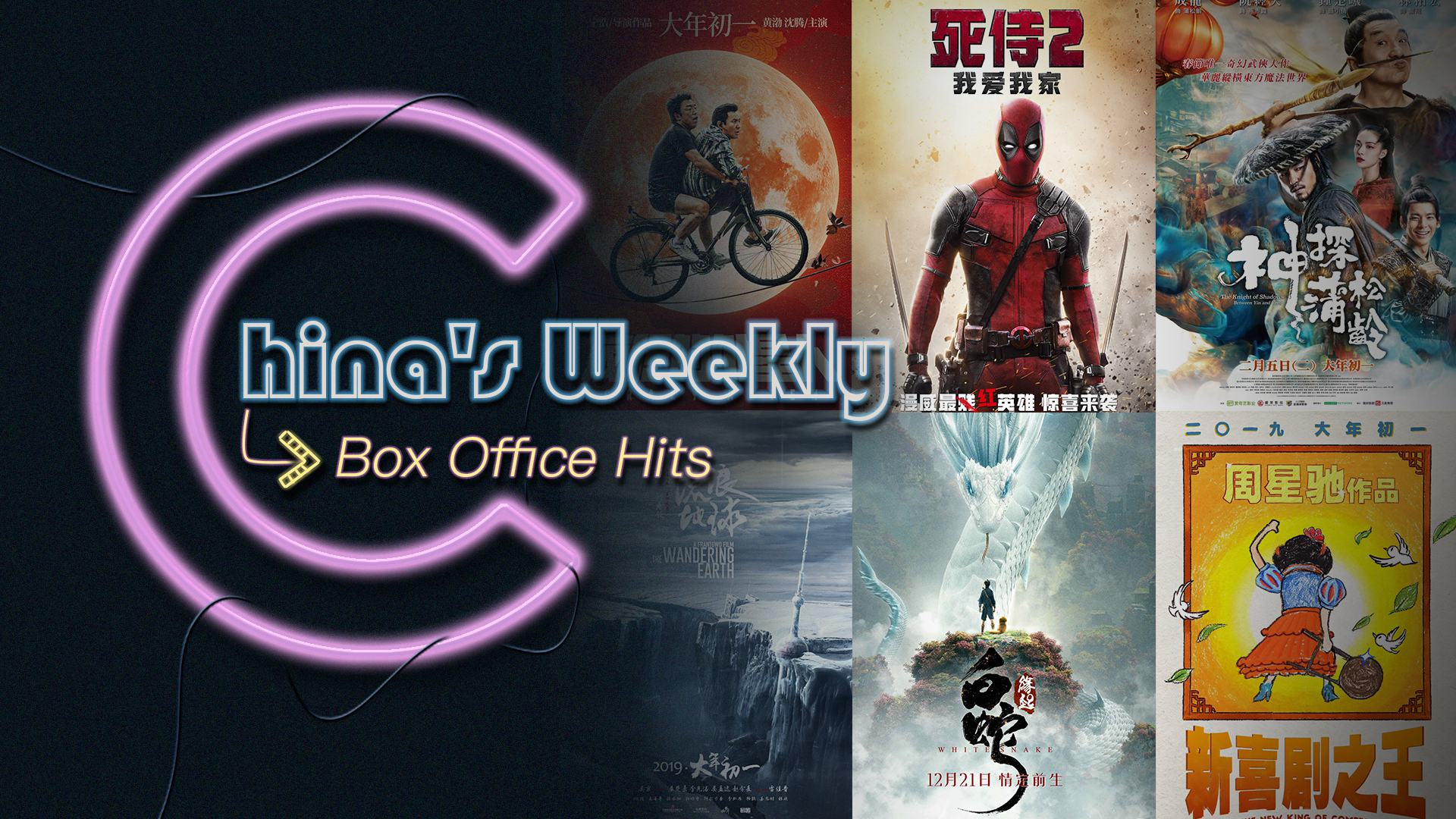 Just one week ahead of the Spring Festival holiday in China, the launch of “Deadpool 2” on Friday grabbed over 160 million yuan (23.7 million US dollars) within three days.

It tops last week's domestic film box office, with animated film “White Snake” and Paramount's “Transformer” franchise “Bumblebee” following behind. However, the numbers for "Deadpool 2” are close to a new low for Marvel Comics adapted superhero films in China.

Why did ‘Deadpool 2' stumble?

The reason for the frustration of “Deadpool 2” might be partly blamed on the delayed release. The film made its North American debut in May 2018. Even the re-cut PG-13 version “Once Upon a Deadpool” hit the big screens in December last year.

Besides, the re-cut version of “Deadpool 2: I Love My Family” could easily make the audience doubt that it has been watered down. Fans of Ryan Reynolds and Deadpool might have already watched it online.

Meanwhile, part of the reason could be the film's failure to convey its sense of humor to the Chinese moviegoers so well as they did with the English-speakers.

Insiders say another reason for the film's stumbling is that it was released at the busiest time of the Spring Festival travel rush. With many worrying about booking a ticket home, it likely cuts into ticket sales.

The third spot is still “Bumblebee,” with the office hitting 107.2 million yuan (15.9 million US dollars) 26 days after its release.

A fierce competition could be anticipated

However, no matter how the box office ranking looks right now, it's likely to change in the next couple days. The Spring Festival holiday is one of the most fiercely competitive periods in the Chinese film market.

It is said that dozens of films will debut during this period of time, making it the most crowded Spring Festival holiday ever. And the big names in the Chinese film circles will be among those competing.

One of the most anticipated films is “Crazy Alien” starring Huang Bo and Shen Teng, China's A-listers. The film is directed by Ning Hao, a veteran in dark comedy. His small-budget film “Crazy Stone” became a blockbuster overnight, sending its leading actors Huang Bo to fame.

According to Maoyan.com, an online site for tickets, the presell box office for "Crazy Alien" has already exceeded 200 million yuan (29.7 million US dollars), making it a competitive runner for the box office champion.

“Pegasus” directed by Han Han, a leading figure of the so-called “Post-1980 generation” of China, is also vying for the competitive box office. Han's third film focuses on the rally racing circle, the area familiar to him as a rally driver besides the role of writer and film director.

Han, who has gradually shifted to film producing in recent years, could easily caught the attentions of his contemperaries.

“The Wandering Earth” adapted from China's Hugo Award laureate Liu Cixin's science fiction book is expected to make a splash during the busy holiday season and within the film industry.

The film has already boosted a presell box office of over 16 million yuan (2.4 million US dollars).

Described by “Hollywood Reporter” as “China's first full-scale interstellar spectacular” and starring some of the top stars of the country such as Wu Jing and Li Guangjie, the film could be a milestone for the sci-fi genre in China.

“The New King of Comedy” directed by Stephen Chow and “The Knight of Shadows” starring Jackie Chan are also competing for eyeballs. Stephen Chow's “King of Comedy” released in 1999 has already become a classic in the Chinese-language film circle.

Renowned for his subtle reflection of the lower-class people and their lives, as well as his style of dark humors, Chow is expected to create a new classic.

Meanwhile, several films feature pigs, corresponding to the upcoming Year of the Pig. The animation film “Peppa Celebrates Chinese New Year” jointly produced by Alibaba Pictures and UK's Entertainment One is one of them. Its trailer "What is Peppa" has recently going viral in China.

Experts predicted that the box office of January will end with a year-on-year decrease of around 1.5 to 1.6 billion yuan (220 to 240 million US dollars).

No matter how fierce the competition is, for many cinema-goers, the most important thing is to watch a good movie while celebrating the traditional holiday with their family.

So, what will you be watching?