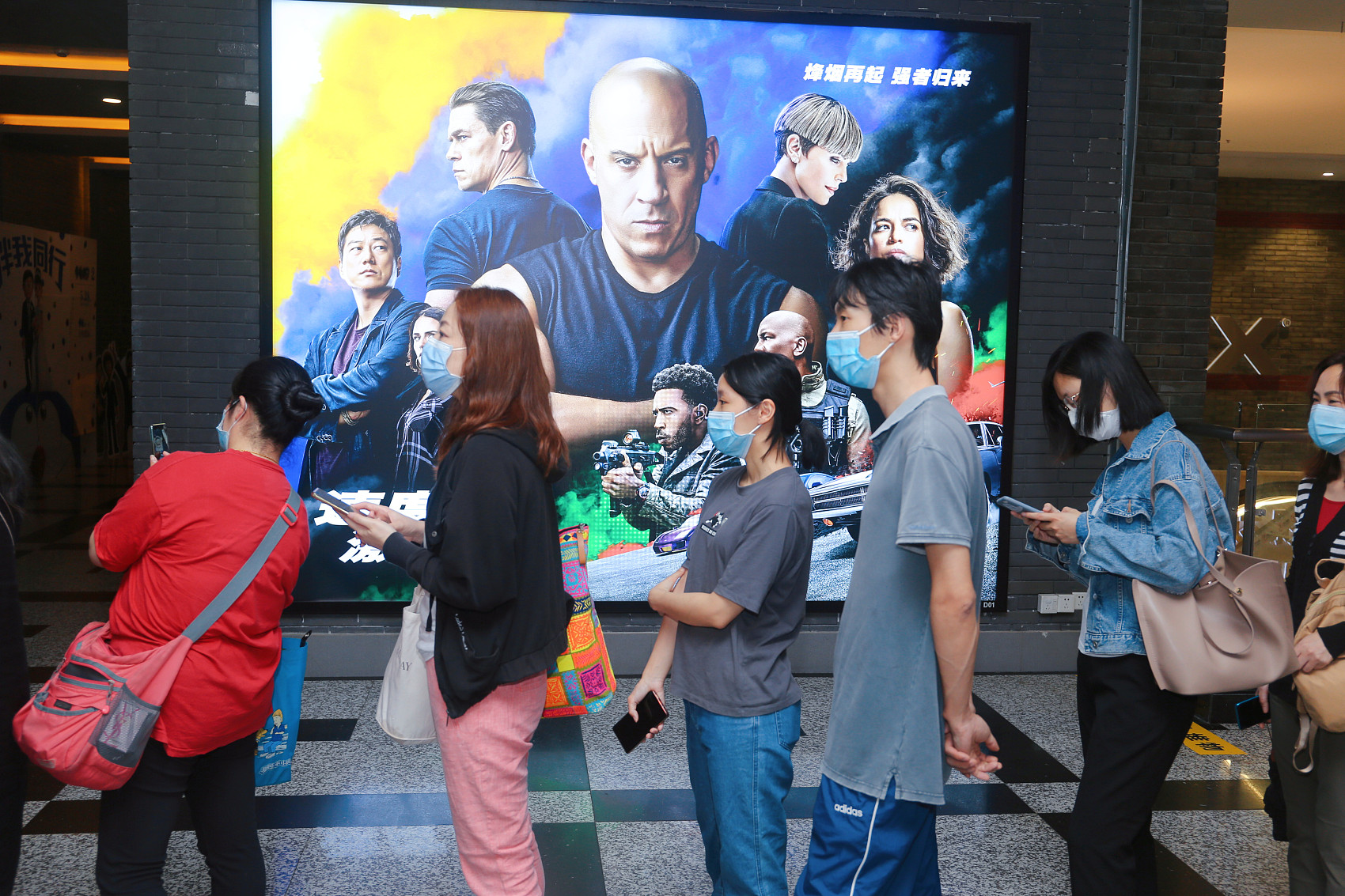 Movie theaters across China welcomed a total of 131 million moviegoers between May 1 and 10 p.m. on Monday, according to box office tracker Maoyan.