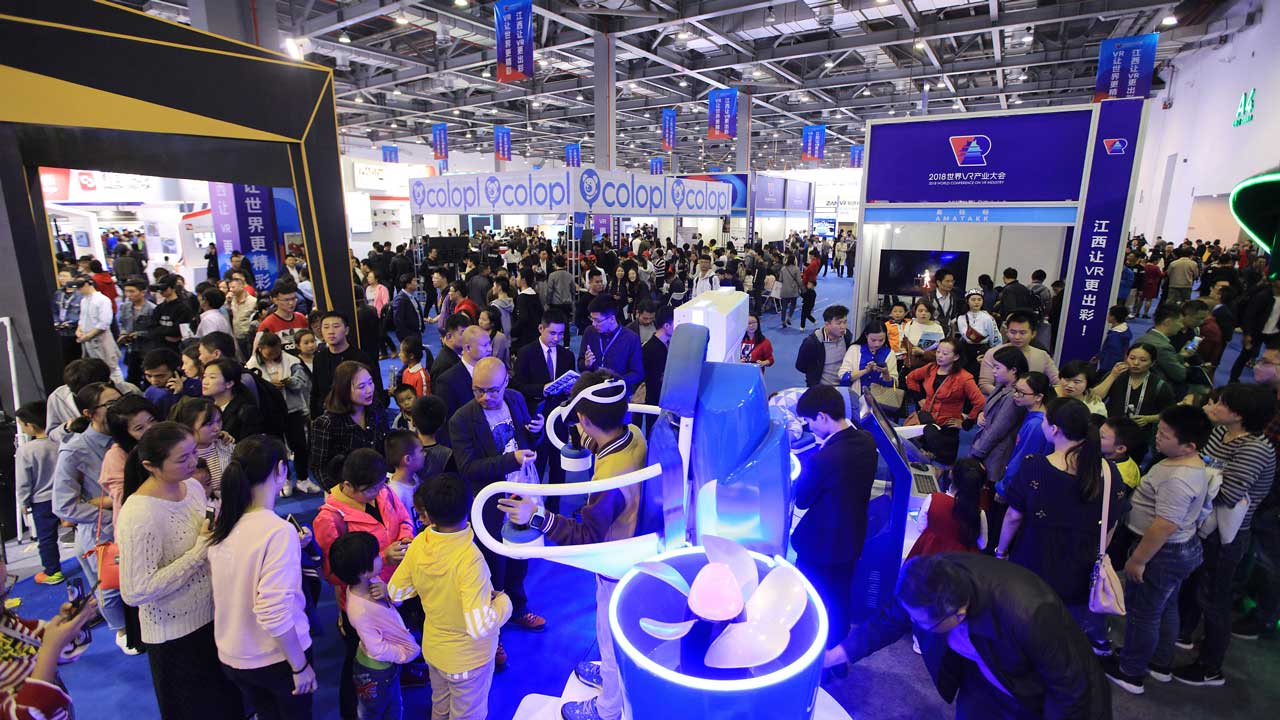 VR (virtual reality) was a big buzzword over the past few years, but the hype is now seemingly fading.

Is the technology dead? Not really.

China is trying to push another wave of VR heat with a brand new international event.

The 2018 World Conference on VR Industry started on Friday in Nanchang, the capital city of Jiangxi Province.

Though not held in the capital city Beijing, the event received national-level support from China's Ministry of Industry and IT.

It also got a congratulatory letter from President Xi Jinping.

"The maturing VR technology can extend our sense and change business models... China is willing to cooperate with other countries to make VR beneficial to everyone," the letter read.

Miao Wei, head of the ministry, also explained why he thinks VR is entering its heyday. "The public is starting to understand this technology and the industry is starting to use it," he told the conference. "The development window is open now."

"There are more than 1,000 companies, 150 institutes and 20 government branches here. This is proof that VR technology has the attention of various groups of people," he added.

The government's ambition got an echo from Jack Ma, the founder of Alibaba Group, who also gave a speech at the conference.

"At first I was surprised the province of Jiangxi could be so great in VR. But later I realized that this place has a history of embracing new ideas," Ma said, referring to the Nanchang Uprising in which the Communist Party of China fired its first gunshot against the Kuomintang.

"This land chooses to believe in the future when others are still in doubt. I think this conference is Jiangxi's first gunshot for the VR industry."

Waiting for a taste

The people in Nanchang also showed a great passion for VR, with large crowds rushing to the exhibition area to try new technologies.

Every booth with a trial area was accompanied by a long waiting line. A 20-minute wait was typical if you wanted to get first-hand experience with the products.

The video game "Beat Saber," in which players slice cubes with Star Wars-style lightsabers to a musical beat, was the obvious fan favorite.

"The game looks so great but I hate waiting," a girl standing in line said.

"I'm considering buying VR goggles and I need to have a try first," her friend said.

So why is the public suddenly cozying up to VR? An engineer in the Huawei booth shared his view.

"In addition to VR itself, there are other technologies that make things better," he told CGTN.

The latency, or response time, of 5G is also significantly faster.

"We are also trying to make hardware cheaper," he added. "We can do all the 3D computing on the cloud so users don't need to upgrade their computer."