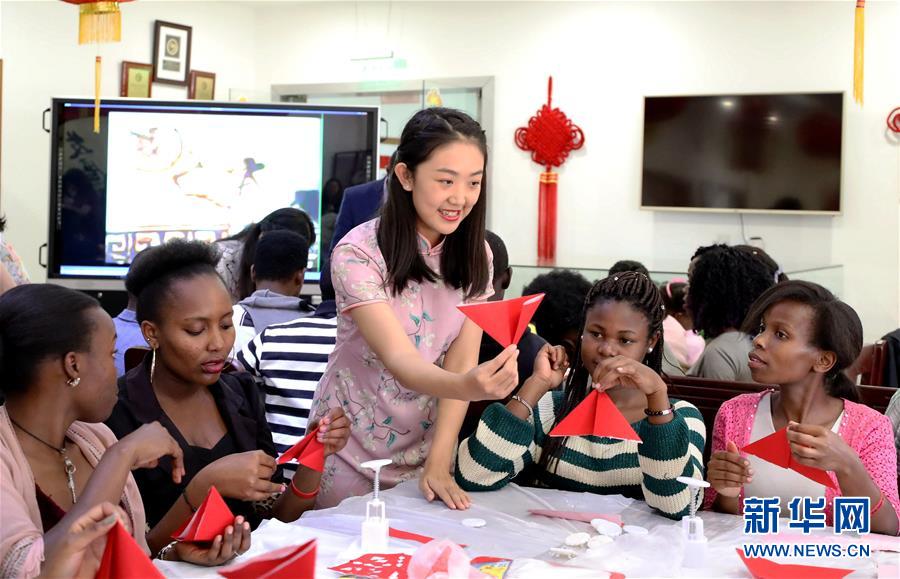 NAIROBI, Sept. 23 (Xinhua) -- Hundreds of Chinese nationals living in Kenya on Saturday night celebrated the upcoming Mid-Autumn Festival in Nairobi, with songs and dances, amid a copious flow of food and beverages.

The event, which was held at the China-Kenya Culture Education Center, located in Nairobi's suburb of Lavington, was sponsored by the institution in collaboration with other associations.

"There are many Chinese children who have been studying in Kenya because their parents are working in Kenya. Such events are important for them because they help the children absorb the culture shock they might experience when they go back to China after their parents' duty ends here," Liu said.

Liu said that the center offers Chinese language courses that are affordable and tailor-made for the local youth, adding that some 100 Kenyans have also enrolled at the institution.

During the occasion, Kenyans and their Chinese counterparts sampled songs and dances from both countries with many locals marveling at the Chinese colorful costumes.

John Kimani, who is a parent with a son learning at the institute, said that the Chinese have brought around varied good ethics that should be respected.

"Ever since I enrolled my son at the institute, his ways of operating have taken a turn for the better. Presently he is prompt in all his undertakings and he appears like someone, to whom time is of the essence," Kimani said.

The Mid-Autumn Festival is one of the most important traditional Chinese festivals. It falls on Monday this year.