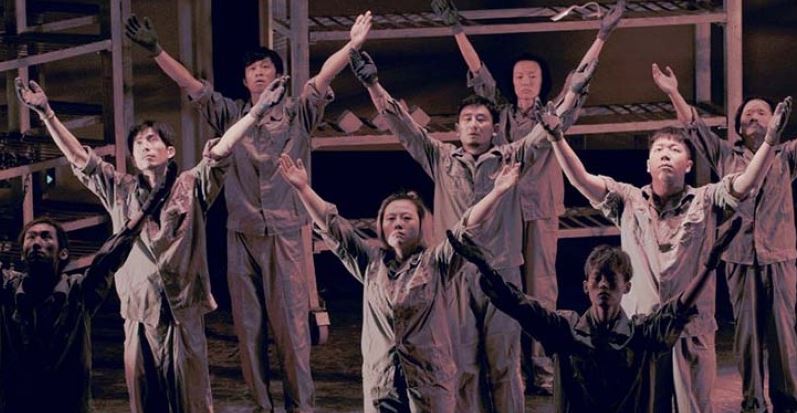 The China Fringe Theater Festival will be held in New York City on Feb 8-16, featuring the premiere of three Chinese plays in the United States at the La MaMa Experimental Theater Club (La MaMa).

The international event will give young Chinese artists and China's contemporary arts more exposure overseas, as one show Two Dogs to be staged is a typical work of contemporary Chinese avant-garde plays, which has enjoyed high popularity in China especially among the young generation since its premiere in 2007.

Featuring physical comedy and improvisation combined with double act and rock music, the drama tells a thought-provoking story of two dogs journeying to a big city to pursue their dreams.

Directed by Meng Jinghui, one of China's most influential playwrights and theater directors, Two Dogs has been performed more than 2,000 times throughout China and at international venues and festivals.

Renowned for his experimental dramas, Chinese director Li Ning and his troupe, the Physical Guerrillas, will bring The Dictionary of Soul to the festival, a pioneering work of physical theater, which highlights storytelling primarily through physical movements.

All performances will be presented in Chinese with English subtitles.

The event is part of the second annual Creative China Festival (CCF), which is co-organized by Beijing Contemporary Art Foundation (BCAF) and Creative China Center in New York.

The CCF aims to nurture innovative creators and foster in-depth collaborations between China and the United States in contemporary arts and culture.