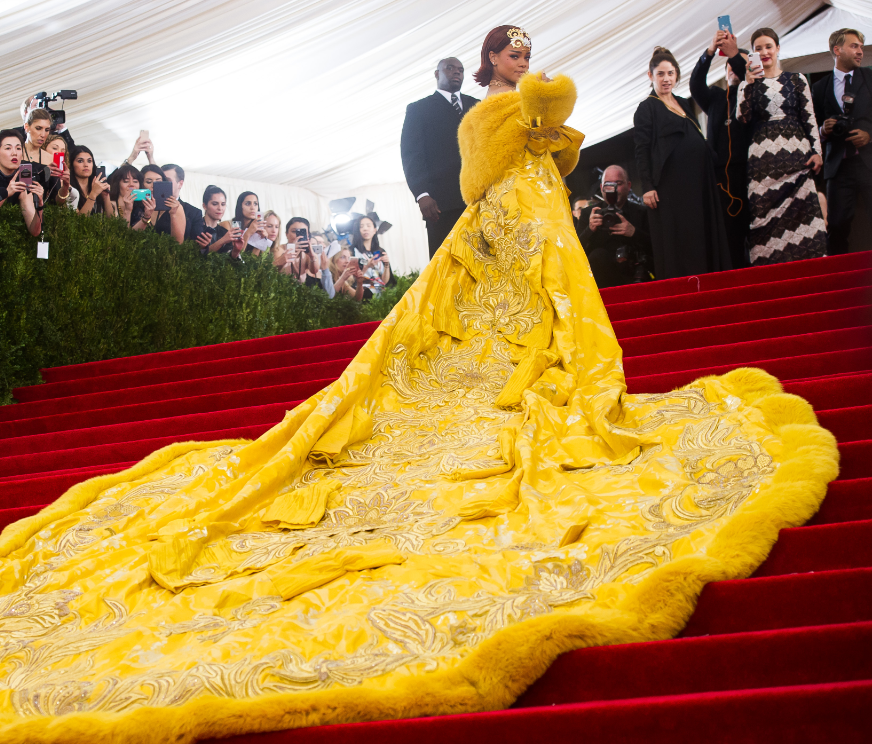 Rihanna wearing the yellow gown designed by Guo Pei, as she arrives at the Met Gala in New York. (Photo: AP)

Guo Pei, one of China's most renowned couturiers, has staged her first UK fashion show.

The Chinese designer showcased looks from her Autumn/Winter 2019/20 collection, Alternate Universe Couture, at the Victoria and Albert Museum, known as the V&A, in London.

Friday's catwalk was part of celebrations marking the 20th anniversary of the museum's Fashion in Motion series.

Pei has dressed celebrities, royalty and style icons for over 20 years.

She designed singer Rihanna's head-turning yellow gown for the Met Gala in New York in 2015.

"(I think) art exists because human feelings exist. Therefore, in my series, you can see animals, such as ravens and monkeys, who are thought to have mystical spirits. I want to arouse people to believe in something rather than not believe in anything. The world would be more creative if people would choose to have more faith," Pei says.

The show, held inside the V&A's Raphael Gallery, was first presented at Paris Couture Week earlier this year.

The Beijing-based designer is well-known in China for her lavish frocks that are worn by Chinese celebrities on the red carpet and brings considerable sparkle to China's fashion industry.

Fashion in Motion is a series of live events presented at the V&A, bringing catwalk couture to a wider audience.

Alexander McQueen, Vivienne Westwood, Jean Paul Gaultier and Yohji Yamamoto are among leading international designers who featured their collections at the V&A museum in the past.