NEW YORK, Feb. 10 (Xinhua) -- For Chinese designer Wang Tao, attending the New York Fashion Week is not merely a gold-plating journey or an over-commercialized showcase in front of a crowd of buyers and influencers, but a center stage where she could truly set a global fashion trend. 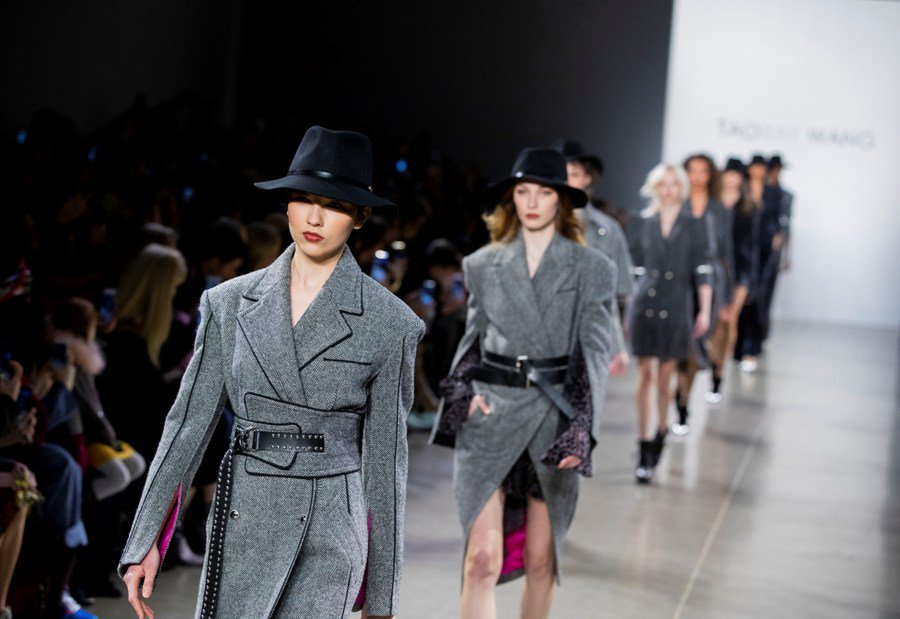 Wang debuted her latest collection "eternity" on Saturday at Spring Studios, where 40 new looks embodying her signature note of sophisticated minimalism sent out a clear message: women can be feminine and powerful at the same time.

ATTITUDE SAYS IT ALL

"Beauty is all about attitude," said Wang, talking about her muses for the new collection.

Renowned American model Lauren Hutton, who rose to fame in the 1970s, symbolizes the handsome and unconventional beauty to Wang. The designer found Hutton especially attractive because the latter refused to narrow the gap between her teeth as others demanded.

"She is not afraid of being who she is and that to me is very beautiful," said Wang.

To add vibrancy to the otherwise rather professional looks for career women, Wang coupled asymmetric mini skirts with jackets. By accentuating high-waist cut and shorten the skirts, she creates a look that focuses on long legs and feels younger and sexy.

While Hutton and the young Trump have little in common in their dress styles, both are confident and courageous, said Wang.

"By combining the two styles stretching over half a decade, I want to encourage women to express themselves," Wang said, adding that beauty is not about time, age and nationality. 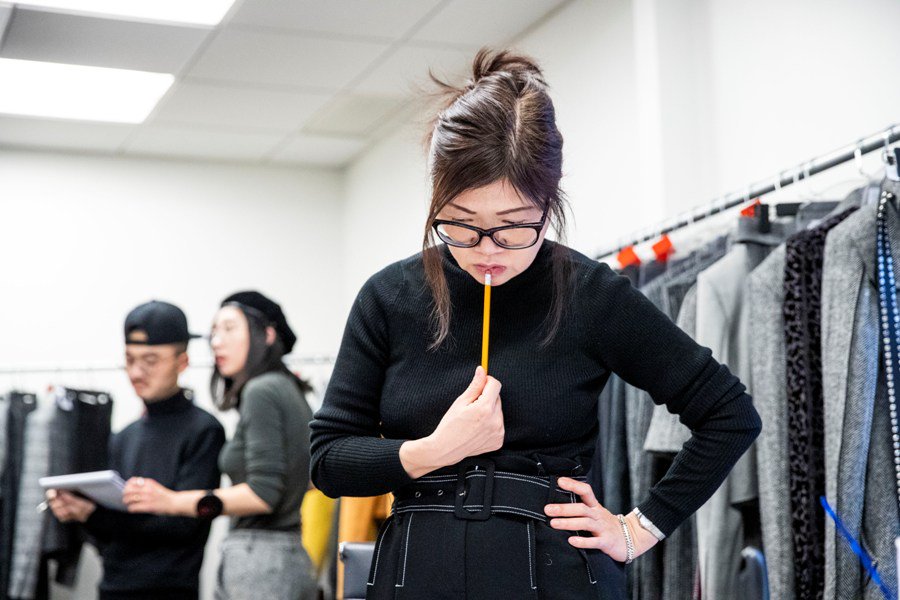 Wang, known for her flair in using basic colors such as grey, white and black to create elegant and confident looks for career women, added different shades of yellow and blue to create more warm, bright and energetic looks.

"Sand and salt water are two distinct substances but together they make beautiful beaches," said Wang, who explained that she always enjoys taking on the challenge of playing with contrasting ideas.

The dichotomy of femininity and power is one set of ideas she explores since the launch of her namesake brand Taoray Wang.

Now often hailed as the "queen of the suit," Wang started out her career making suits for men. When she turned to women's suits, she tried to add details on waist and sleeves which later became her signature.

The designer often adds a belt or pleated girdle to the suit to emphasize the body curve, and uses slit sleeves and big cuffs to give jackets a feminine touch.

In the latest collection, Wang introduces coats with slit sleeves that allow customers to wear them easily over the suit without having to worry about how to squeeze jacket sleeves in.

"Career women have busy schedules and my clothes allow them to 'grab and go' while still being glamorous," said Wang. 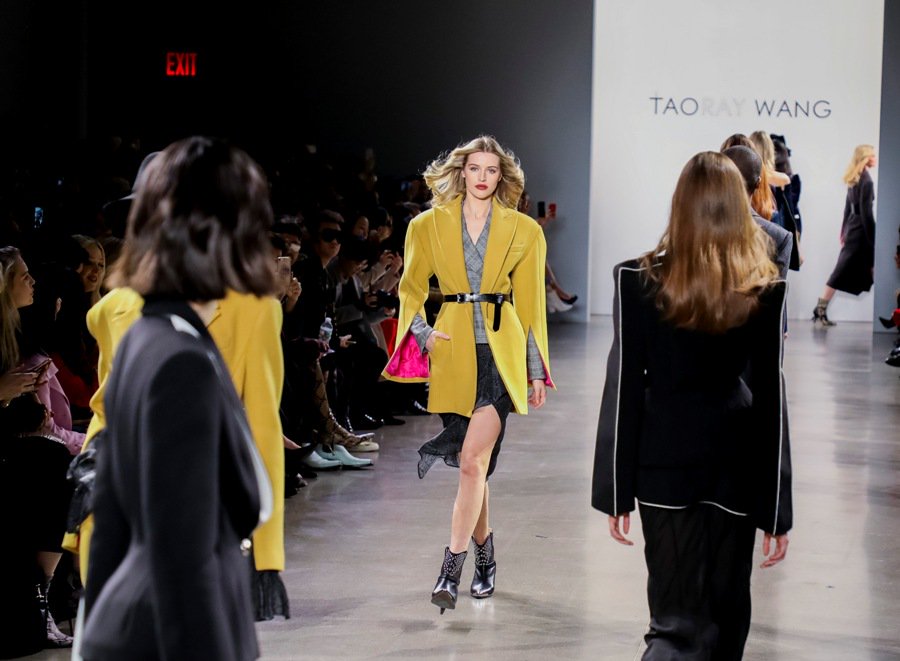 The theme of "East meets West" is a recurrent topic for Wang, as media would always ask the Asian-born and Asian-trained designer what she did to break into the Western market.

Wang, who studied fashion in Japan after graduating with a degree in history in Shanghai, has a diverse background and a global point of view. Having worked as a fashion designer in Japan, Britain and China, Wang said the pursuit of beauty is beyond boundary.

The designer never deliberately adds Chinese elements in her designs but Chinese culture is deeply rooted in her, as it can be seen from the tailoring and the colors she uses.

Silk is Wang's top choice when making jack linings because Chinese women always focus on the texture of a piece of clothing. The smooth, soft texture is well-received by her customers across the world.

Also for the jacket lining, Wang almost always uses emerald green or magenta, colors that have been popular among Chinese people for a long time.