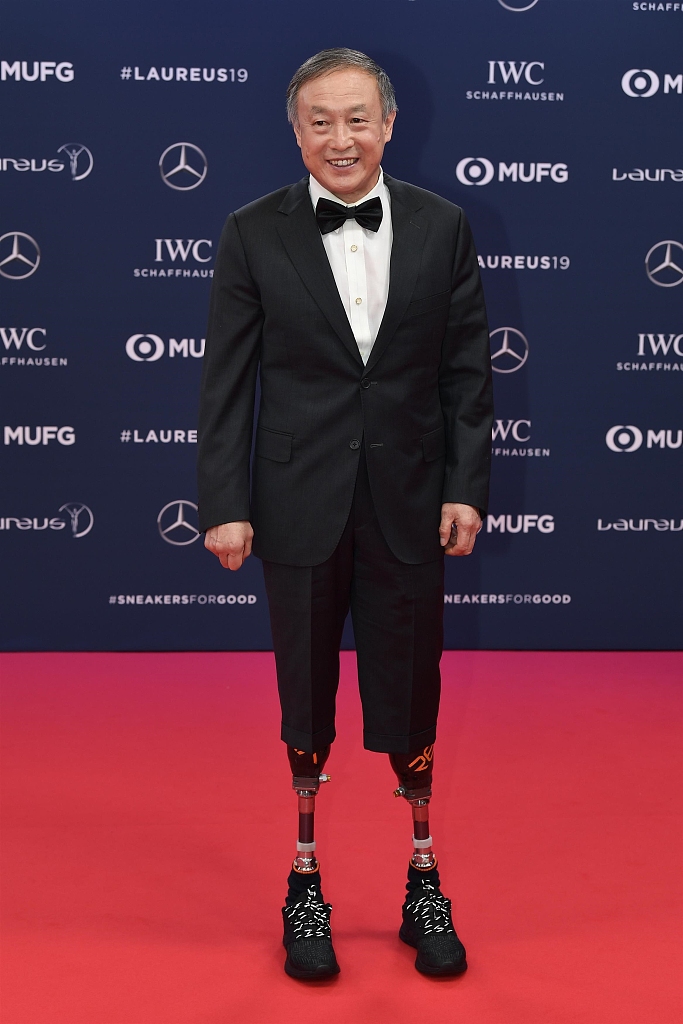 At the awards ceremony held in Salle des Etoiles in Monaco, Novak Djokovic was named World Sportsman of the Year and United States gymnast Simone Biles Sportswoman of the Year.

Xia received the most votes in the global Laureus Sporting Moment of the Year public vote.

He was recognized for his efforts in becoming only the second double-amputee to scale the world's highest peak Qomolangma last year at 69 years old, and the first to reach the summit from the Nepalese side.

Xia said it’s a great honor for him to win the award after he finally scaled the summit despite many difficulties. “I did not give up, and I have been perseverant.”

The Chinese climber lost both his legs in 1975 during his first attempt to reach the summit due to frostbite. Xia made for the summit in 2014, 2015 and 2016 as well, but his dreams were shattered owing to avalanche, earthquake and bad weather respectively.