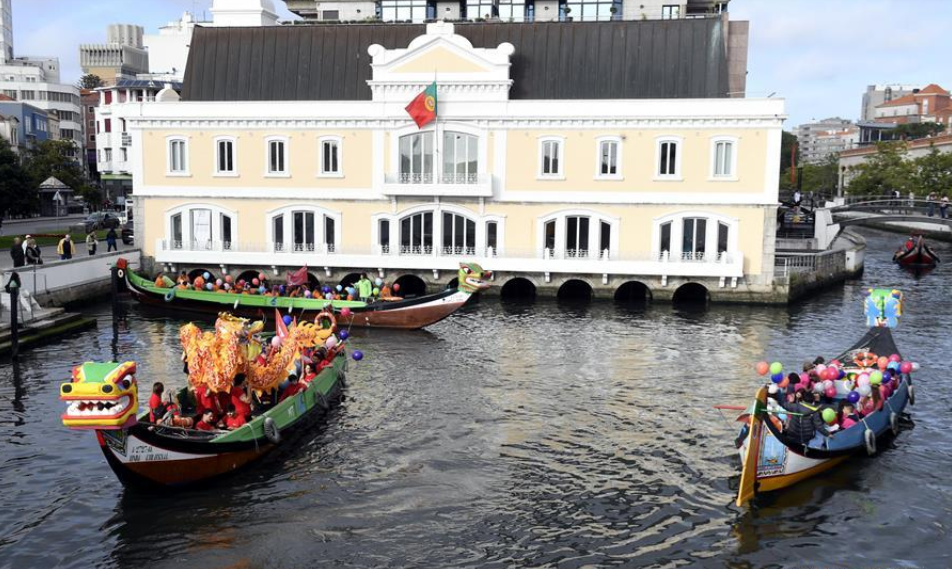 AVEIRO, Portugal, June 8 (Xinhua) -- Dragon boat competition was held here on Saturday by the Confucius Institute of Aveiro University to celebrate the traditional Dragon Boat Festival, which falls on Friday this year.

Two dragon boats started to compete on the canal of Aveiro in the downtown of the northern city of Portugal, which is known as the "Portuguese Venice".

Thousands of local people and tourists on the riverside took photos with their mobiles and gave warm applause to the competitors.

Apart from the dragon boat racing, other activities included performance of traditional Chinese Wushu, singing Chinese songs by children chorus, drawing on the salt, and among others.

Luis Castro, deputy rector of Aveiro University, said that it's a honor for the university to hold series of activities to celebrate the Chinese Dragon Boat Festival.

"The events will not only deepen the understanding of the Chinese culture by the Portuguese people, but promote the integration of the different cultures of the two countries," he said.

"People in Aveiro are glad to have the chance to see the Chinese activities with their own eyes," he added.