BEIJING, June 10 (Xinhua) -- A total of 185 new cultural practices and expressions, including the preparation of Luosifen, have been inscribed on the latest list of national intangible cultural heritage released by the State Council. 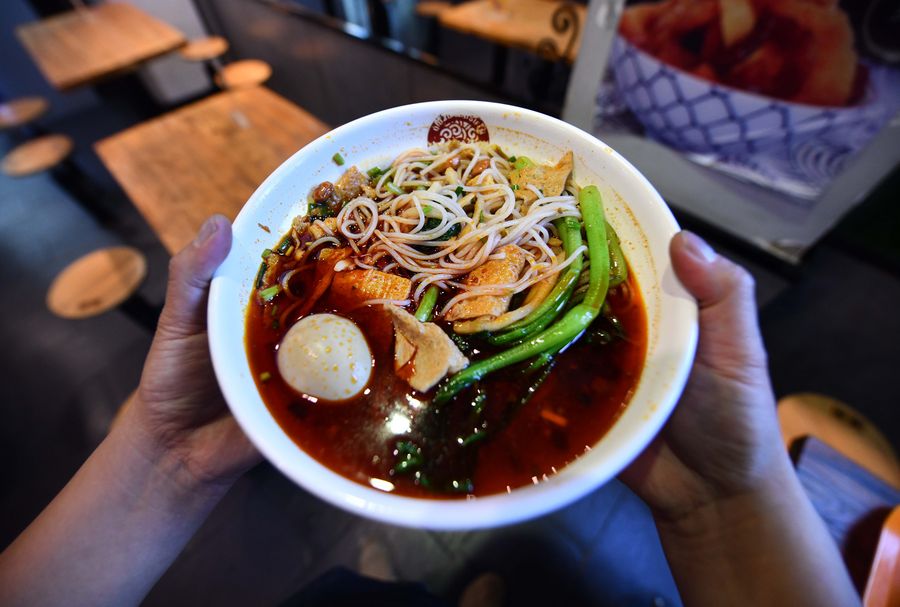 A customer is about to enjoy a bowl of river-snail noodle in a restaurant in Liuzhou City, southern China's Guangxi Zhuang Autonomous Region, Jan. 2, 2020. (Xinhua/Huang Xiaobang)

The latest fifth list made the total number of national intangible cultural heritage practices reach 1,557, according to the State Council figures.

Liuzhou Luosifen, a soup dish dubbed by some people as "durian of soup" for its strong smell, originated in Liuzhou, a city in south China's Guangxi Zhuang Autonomous Region. It features rice vermicelli soaked in a spicy broth flavored by river snails and topped with ingredients including pickled bamboo shoots, string beans, peanuts and tofu skin.

The cooking methods of Shaxian delicacies from east China's Fujian Province were also included on the list.