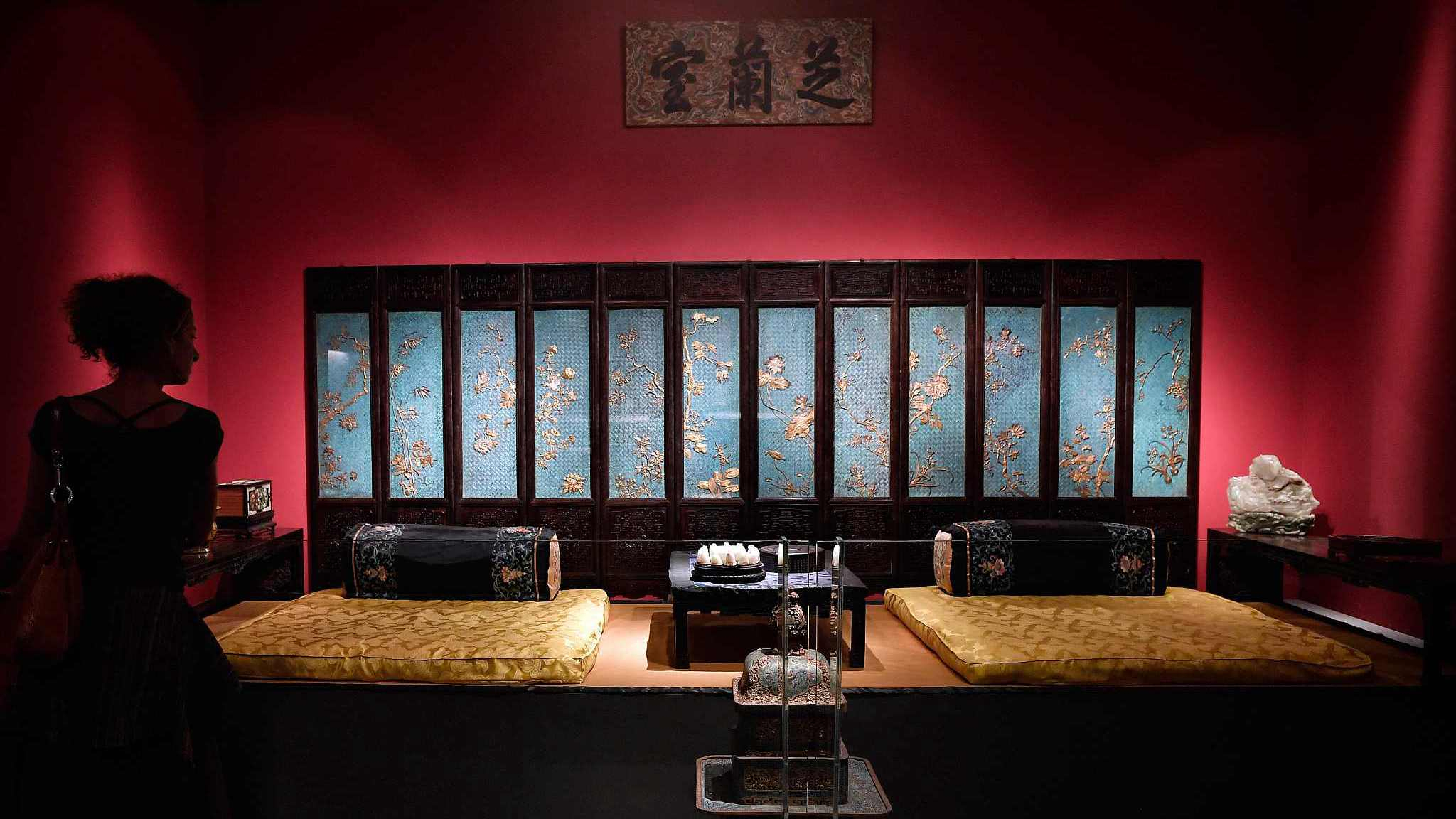 The private apartments of 18th-century Emperor Qianlong, one of the most renowned rulers in Chinese history, go on display in Athens Friday in a rare exhibition, organizers said.

The exhibition at the Acropolis Museum will showcase over 150 works of art, ceremonial robes and furniture from the Qing emperor's private apartments in the Palace of Many Splendors at Beijing's Forbidden City, where he spent his youth as a prince and wrote poetry.

These include Qianlong's heated bed, his study, ritual dress, poetic texts, thrones, and theatrical costumes from private performances at the palace.

"It is the largest Chinese exhibition ever hosted in Greece," Acropolis museum director Dimitris Pantermalis said this week, adding that Qianlong's rooms have never been displayed outside China.

Qianlong's reign from 1735 to 1796 is by many considered the peak of the Manchu-led Qing dynasty, marked by territorial expansion and artistic and cultural development.

The exhibition runs until February.

Greece and China have cultivated close relations for over a decade, with Chinese shipping giant Cosco acquiring a majority stake in Greece's main port Piraeus, a key gateway into the Balkans and Eastern Europe.