"My People, My Country," a Chinese film made in celebration of the 70th founding anniversary of the People's Republic of China (PRC), hits American theaters on Tuesday. 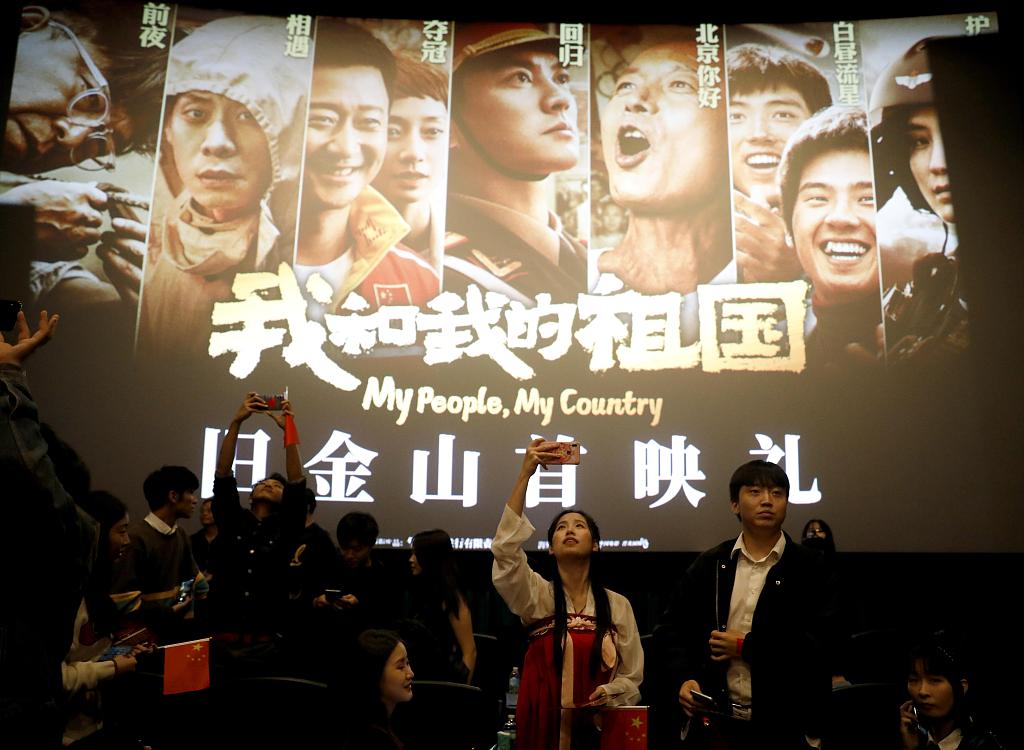 People attend the premiere of the Chinese film "My People, My Country" which was held in a theater in San Francisco on September 30, 2019. (Photo: VCG)

Hundreds of people attended the premiere of the film held in a theater in Arcadia, Los Angeles, on Monday night. Waving Chinese flags in their hands, the audience sang "My People, My Country" together at the start of the movie, the theme song of the film which serves as a clue throughout the film.

Featuring seven short stories and seven directors led by Chen Kaige, the film draws on important historical moments since the founding of the PRC in 1949, aiming to awaken the shared memories of Chinese people around the world.

The film was distributed by CMC Pictures, a major international distributor of Chinese film and television, in the United States, Canada, Australia and New Zealand. It appears on big screens of over 100 cinemas in 54 cities from Tuesday.

"The film showcases the Chinese culture and the spirit of the Chinese nation. Overseas compatriots pay close attentions to the progress of the motherland, and share destinies with the country," Su said.

He Xinyan, president of Southern California alumni association of Beijing Institute of Technology, told Xinhua she was deeply moved by the film. "For every overseas Chinese, the motherland lies in the blood flowing in our bodies. We miss our homeland and always dream of going home."

Many Chinese audience expressed their best wishes for a brighter future for the motherland.

Xu Xiaohan, a Chinese student at the University of Southern California, said she has been studying in the United States for over three years. "The motherland offers us strong support. I'm very proud of the great achievements of my country."

"My People, My Country" is sweeping the Chinese film market, grossing about 284 million yuan (40.15 million U.S. dollars) on its first day of screening in Chinese mainland on Monday.