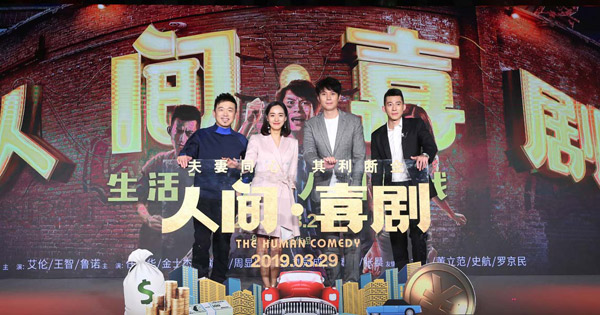 The Chinese film The Human Comedy has outperformed Disney's Dumbo based on pre-release sales receipts.

Both the films will open across Chinese mainland simultaneously on March 29.

Latest figures from the live tracker Maoyan Professional Version shows that the film starring comedian Ai Lun, known for the 2017 hit Never Say Die, has earned 3 million yuan ($446,800), while the takings for Disney's retelling of the 1941 Oscar-winning animated feature Dumbo is 2.17 million yuan.

The film will show on 45.2 percent of all domestic screens on Friday, outperforming Dumbowhich has only 22.4 percent.