Chinese film turns story of ‘Genghis Khan’ into a fantasy 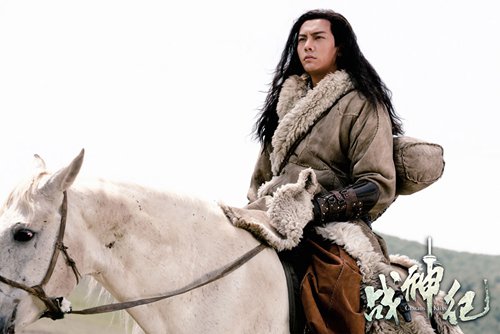 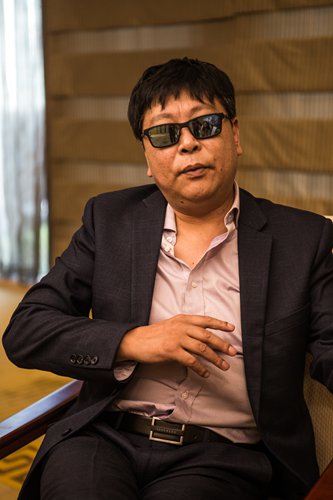 Handsome, romantic and good at fighting demons - the Mongol ruler depicted in the new Chinese fantasy film Genghis Khan, set to debut in Chinese mainland theaters on Saturday, might not fit with your image of the bellicose warlord who conquered the Eurasian Continent many centuries ago.

Directed by Hasi Chaolu, from China's Mongol ethnic minority group, and produced by French director Jean-Jacques Annaud, the film follows the story of how Temujin, who was born in 1162 to a tribal leader's family on the northern prairie of Northeast Asia, became Genghis Khan - founder of the Mongol Empire in 1206.

Unlike previous Chinese or overseas productions that have focused on Temujin's political and actual battles with other tribes as he made his way to power, the film turns the young ruler's biggest antagonist into a tribe that is trying to rule the prairie through dark magic. The latest trailer even showcases Temujin, seen as the reincarnation of the Mongolian god of war in the story, fight against a huge demonic creature from the hell under a stormy sky.

Telling the Mongol ruler's story using fantasy elements is a bold step for a Chinese ethnic film trying to appeal to mass audiences in China, the film's director Hasi Chaolu told the Global Times in an interview on Monday after the film's premiere in Beijing.

"Some people say that I'm like that first person who had the courage to eat a crab, in this respect," said the director, speaking about the courage he needed to take a chance on such a story.

Best known for his 2006 documentary film The Old Barber, about a 90-year-old barber living in a Beijing hutong, Hasi Chaolu is experienced in making art films about Mongol and Tibetan ethnic groups. Genghis Khan, however, will be his first big-budget commercial film.

"For me, it would have been way too easy to film Genghis Khan's story exactly as it is recorded in history, but the question was whether audiences, especially younger ones, would have been interested in such a film. I don't think they would have been."

Different from many of the Chinese and overseas productions that shroud the Mongol ruler's story in a more realistic atmosphere, a movie featuring a demon-fighting Genghis Khan is very likely to spark some controversy.

According to the director, the choice to film a fantasy recreation was not something they made out of the blue, as one can find fantasy roots in Mongolian ethnic culture, religion and their traditions of worshiping nature.

"I turned Temujin's enemies in the story into demons, but Temujin is still depicted as an ordinary human being who is trying to defeat these demons using an amazing power derived from Mongolian ethnic traditions," said Hasi Chaolu.

"You can't say I'm disrespecting history, as a large part of the story and even many of its details are based on history and Mongolian folk legends, including details that previous productions about Genghis Khan neglected."

A key plot in the film involves Temujin's fiancée Börte being grabbed away by the enemy tribe just as they are about to marry and the young Mongol teen being driven away from the prairies of his home to the forests along with his tribesmen - "this was an actual crucial historical turning point for the young Khan," said the director.

"For nomadic tribes, the prairie is like land to farmers; you lose your land then it means you're just way too weak," noted Hasi Chaolu.

"This is when young Temujin realizes he has to become stronger to guard his land and his loved ones, and it's at that point that he moves to ally with other tribes."

Moreover, the crimson birthmark on one of Temujin's palms, the same as that depicted in folk legends that say it is a sign of a warlord, also serves as "an important clue" that weaves the whole story together, according to the director.

Another controversy surrounding the production has been the casting. Three out of the five main Mongol characters are being played by Han ethnic majority actors; most notably Genghis Khan is played by Hong Kong actor William Chan, the increasingly popular heartthrob among Chinese young people.

"As a local from the Inner Mongolia Autonomous Region, I think Chan is not even close to the image of Genghis Khan...The director himself looks far more suited to the role..." wrote Sina Weibo user ztccym.

"I have heard voices questioning why I chose to cast a Han actor to play the Mongol ruler, but I think that as long as he's a Chinese, it's okay to me," Hasi Chaolu told the Global Times.

"It's also a great thing that our brother ethnic group is helping us promote our ethnic culture."

"Genghis Khan had also been played by Japanese actor Tadanobu Asano [in the 2007 Russian film Mongol] and even Russian and US actors before, what about that?" noted the director.

"I think the appropriateness of the actor's ethnic identity is not a question, as the movie wouldn't have gotten an official release license in the first place if it really crossed the line, as censorship is fairly strict when it comes to ethnic films and films featuring a historical figure," Hasi Chaolu told the Global Times.

The director said his original plan was to find someone of Mongolian descent to play the role, but the plan was rejected by investors who were worried about the film's profitability.

"I understand their thinking as this is a commercial production and we have to think about the market," said the director.

"But as long as we succeed in getting ethnic culture across to more people, it's okay."