Chinese video streaming giants and film producers vowed to set a cap on movie and television star fees and fulfill the government's call to rectify bad practices in the entertainment industry. 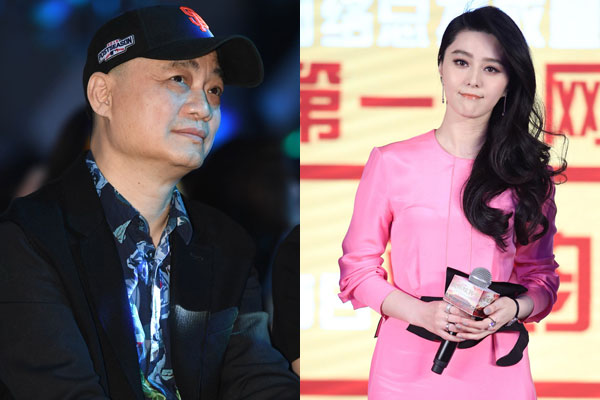 A Chinese film association of more than 400 companies on Sunday released its own declaration, calling on film producers to invest more in film and TV productions which reflect major revolution events, reality and village life.

Three Chinese video-streaming sites, iQiyi, Youku and Tencent Video, together with six film and television production companies, including Zhejiang-based Daylight Entertainment and the Huace Group, released a joint statement on Weibo promising to contain the unhealthy tendency in the industry.

For film and television series produced or purchased by the nine companies and streaming websites, the main actors will be paid no more than one million yuan ($147,000) per episode, and the total payment would be no more than 50 million yuan, the declaration said.

All contracts signed after the joint declaration's issuance will have to abide by the terms, an iQiyi marketing employee told the Global Times on Sunday. She declined to provide further information.

Some netizens on Weibo consider the payment still too high, but others say that the fees should be market-friendly and should not be manipulated.

Cheng Qingsong, a Chinese film critic, said on Sunday that "movie and television producers tend to take advantage of celebrities' fame for profit. The companies are not into art appreciation."

Improving artistic appreciation rather than idol worship should be the way to change the situation, which requires a freer environment for artistic creation, Cheng told the Global Times.

The declarations were made after a government notice was issued by multiple agencies, including the State Administration of Radio, Film and Television, State Administration of Taxation (SAT) and the Publicity Department of the Communist Party of China in June, which requires stronger governance on issues such as the fees of television stars, dual contracts and tax evasion, according to the SAT website.

The nine companies will also create a blacklist, where they will cut ties with an individual or organization engaged in illegal behavior, the declaration said.

In 2016, fees for top and B-list Chinese actors rose by 250 percent within on year, people.com.cn reported.

The government issued a regulation in 2017, stating that fees for actors, guests on movies and television series and webcast programs should not exceed 40 percent of the total cost of production.

However, high-paid stars continue to sidestep the regulation, such as signing dual contracts.

In May, former TV host Cui Yongyuan posted a contract on his social network account indicating that the actress was paid 60 million yuan for working on a film set for only four days, and she signed a secret agreement to avoid paying taxes as the contract showed she earned only 10 million yuan.

Though Cui later refused to confirm that the contract belonged to any specific individual, he also pointed out such misbehavior is common in the industry.