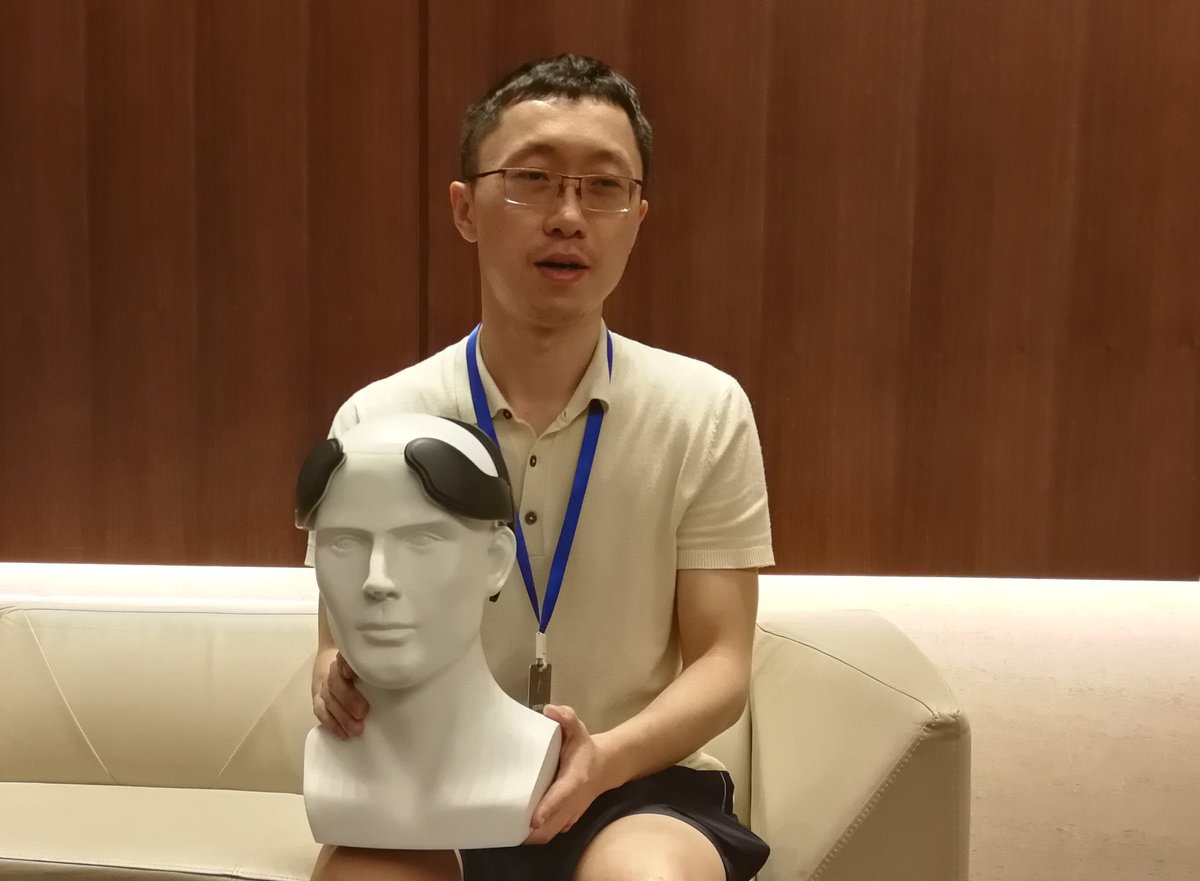 Wei Pengfei, of the Shenzhen Institute of Advanced Technology (SIAT) of the Chinese Academy of Sciences, said his team is developing a brain function enhancement system with the goal of improving the brain's ability to perform complex tasks and regulate abnormal emotions.

The helmet could be applied in the training of special personnel to speed up an increase in memory and skills and to alleviate anxiety caused by tension.

In recent years, non-invasive stimulation and regulation technology has been able to intervene in and regulate brain activities more quickly, becoming a new focus in the brain research and neuroscience field.

The helmet is based on non-invasive brain stimulation and regulation technology, said Wei. It uses flexible electrode sensors to identify brain waves when the brain is performing different tasks. Electrodes then release weak current pulses that can reach specific areas of the brain, altering brain waves, and regulating the active state of its neurons.

"Since brain tissue is very complex, we need to build a computer model first, and then determine the target area and parameters for stimulation," said Wei.

The research team, based at the Institute of Brain Cognition and Brain Disease of SIAT, has a research platform for rodents, nonhuman primates and humans.

"Through animal experiments, we have analyzed specific brain areas related to attention cognition, emotional regulation, anxiety, drug addiction, stress and epilepsy. We hope we can intervene in these areas effectively," Wei said.

The team has also developed tests for cognitive ability.

For example, trial participants wore the helmet for about 15 minutes, and then were required to quickly memorize a string of numbers, English letters or words. The test found the average accuracy rate of their memories improved within two hours.

But the data is still insufficient, said Wei. Large-scale double-blind experiments among people of different ages and groups are needed to accumulate convincing data.

"We have only tested the short-term memory of those wearing the helmet, and we're planning to test their week-long memory," Wei said.

So far, researchers have developed the prototype of the first-generation helmet, which can implement feedback control on the brain waves of the cerebral cortex. The team is developing the second generation of the helmet, aiming to achieve deep-brain non-invasive stimulation.

They also intend to cooperate with hospitals in clinical tests on patients with autism, schizophrenia and children with ADHD.

The research was recently selected as one of 30 winning projects at a contest of innovative future technologies in Shenzhen, south China's Guangdong Province. The contest encouraged young Chinese scientists to conceive groundbreaking technologies and trigger innovation.

The United States, Europe and other countries and regions have launched programs to unravel the secrets of the human brain. The brain research will also help the development of artificial intelligence.