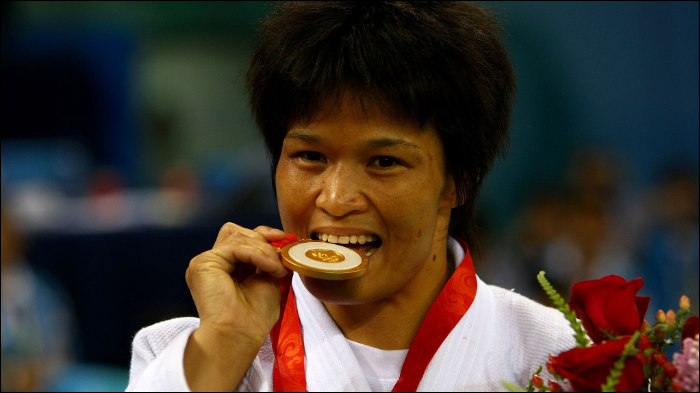 Xian Dongmei with her gold medal at the 2008 Summer Olympics (Photo: VCG)

The IJF held the Hall of Fame introduction ceremony in Baku, Azerbaijan on Tuesday. 19 people who have made remarkable contributions to the development of judo were granted the honor and Xian was one of them. She is also the first Chinese athlete to make it into the judo Hall of Fame.

"I want to say 'thank you' to judo. It helped me learn modesty, keep challenging myself and believe in myself. Judo led me to success and educated me. Without judo, I won't be who I am today," Xian said, according to Xinhua.

Xian won her first Olympic gold medal in the 52kg division at Athens 2004. Three years later, her daughter was born. She decided to return to the division for the 2008 Summer Olympics, and she won gold again.

"It was a great challenge for me to balance being a new mother and an old athlete. It's judo that was leading me spiritually. Now that I have taken over as chief of the Chinese Judo Association, which is another big challenge to me, I wanted to make greater contributions to Chinese and international judo," said Xian.