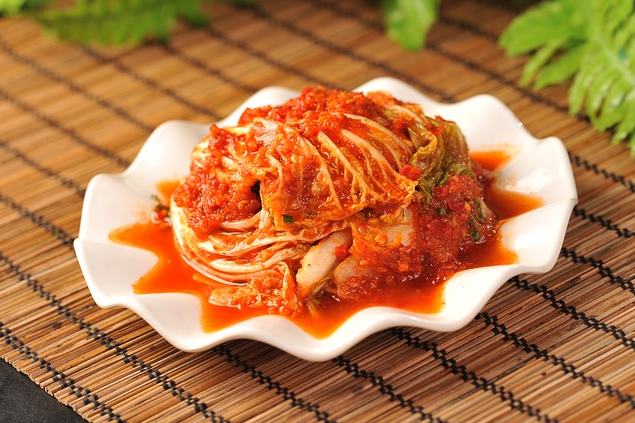 Zhang Honglian's company has focused on exporting one product for the last 11 years -- kimchi.

Workers at the Dongshengda Food Co. Ltd, in Qingdao, a coastal city in east China's Shandong Province, make tonnes of kimchi for export to the Republic of Korea (ROK).

"We have over 20 types of seasonings to pickle the cabbages and we use different sauces for different regions. For example, for consumers in coastal areas, we usually add fish sauce to cater to their tastes," Zhang said.

Zhang said the company has its own cabbage farms, where farmers use organic fertilizer and import the seeds of cabbages and turnips.

ROK people love kimchi made in China, because the price is lower, but quality is high, she said.

Qingdao is a major manufacturing base for kimchi in China. In 2017, the city had 52 companies dedicated to exporting kimchi to the ROK and exported 256,300 tonnes of pickled cabbage to its neighbor, year-on-year growth of 9 percent, according to local inspection and quarantine authorities.

Renyao Township, administered by Qingdao, has eight kimchi makers, who export 70,000 tonnes of kimchi a year to the ROK.

In order to maintain the quality of exported kimchi, joint inspection teams was set up by the commerce, agriculture, food and drug administrations. All ingredients come from areas that meet national-level quality standards. The origins of all ingredients must be traceable, and pesticides must be used within safe levels.

"Much of the kimchi used in restaurants and supermarkets in the ROK comes from China. Now only older people have enough time to make kimchi at home. But kimchi is something we just cannot live without," she said.

"There are abundant supplies of cabbages, which helps bring down the cost of making kimchi. Half a kilogram of Chinese-made kimchi sells for 8 yuan in the ROK, while local kimchi is sold at over twice that price," said Liu.

"The cost of making kimchi is climbing. Now we also need to pay higher wages to hire workers," she said.