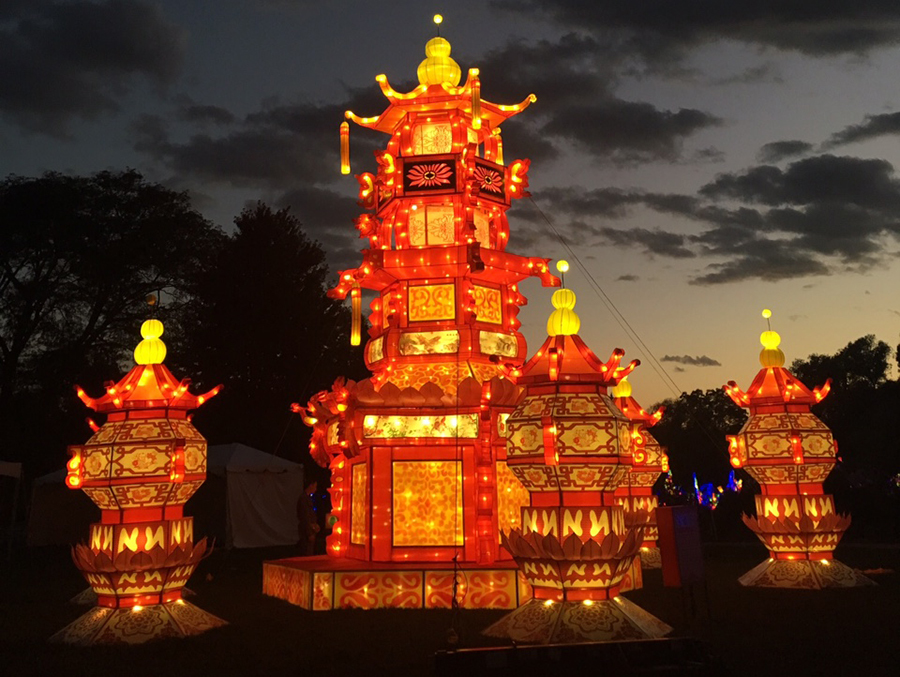 MILWAUKEE, Wisconsin, Oct. 27 (Xinhua) -- A month-long Chinese Lantern Festival in Boerner Botanical Gardens in Milwaukee, US state of Wisconsin, has been extended for one more week until this Sunday as more than 10,000 people have flocked to the spectacular event.

Lantern displays begin even before one reaches the Welcome Gate. On the way to the gate, a giant panda constructed of 35,000 ping-pong balls is lit from inside, followed by several small pandas in various positions holding bamboos.

Inside the exhibition, visitors traverse three quarters of a mile along one-way paths to see exhibits featuring Chinese culture, plants and animals. A 150-foot-long blue dragon and the companion phoenix are very impressive.

Under the Panda-Mania theme, the festival boasts a plethora of panda lanterns in the panda habitat area, with playful pandas involved in a variety of activities.

Some highlights for this year are the interactive displays, designed with children in mind. One display is composed of a series of discs that, when stepped upon, light up to create an illuminated path. Another display features suspended moons that can be used as swings.

Visitors also have the opportunity to see the inner workings of a lantern when walking through the "belly" of the Shark Tunnel, where sheer fabric reveals the metal framework and LED lights.

An acrobatic troupe from China presented acrobatics on a stage along the light path, drawing continuous applauses.

This is the third year in a row for Milwaukee for host a Chinese lantern festival.