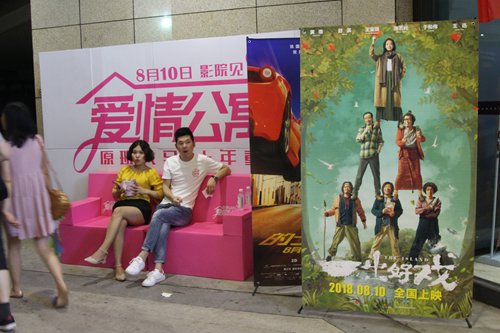 A couple wait in a cinema in Chongqing(Photo: IC)

This August was also the first month in China's film history with all daily box office totals exceeding 100 million yuan, said the report.

About 130 Chinese and overseas films were screened over the past three months and 21 raked in more than 100 million yuan, of which Chinese animated film "Ne Zha" took the lead with a total box office of 4.68 billion yuan by Aug. 31.