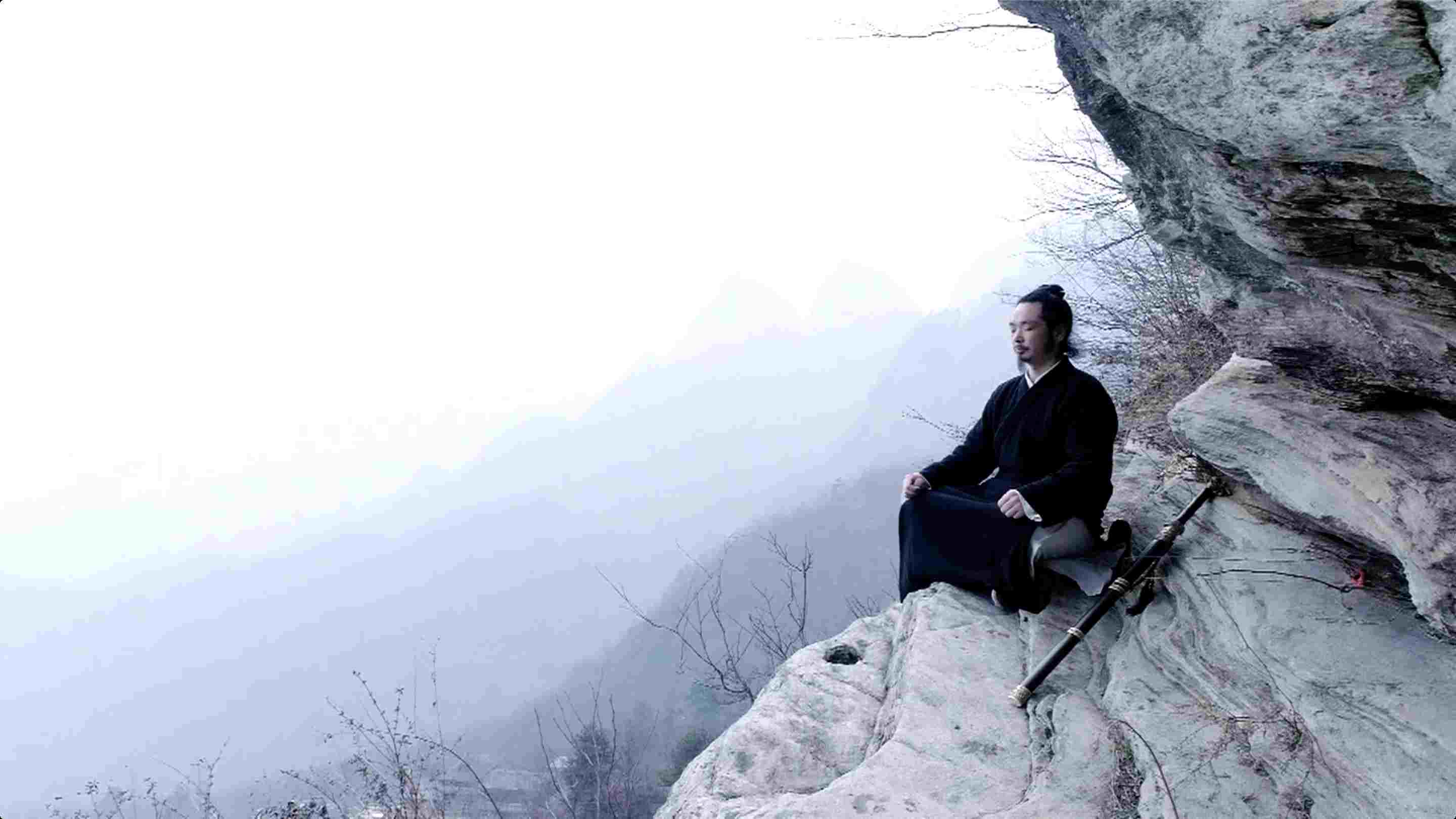 Located in central China's Hubei Province, Wudang Mountain sits the apex of the four sacred mountains of Taoism. Wudang is also home to one of the ancient martial art schools in China. It has been mentioned many times in swordsman fiction.

As time went by, the Wudang Sword became an outstanding weapon technique.

"The swordsmanship is one of the features of the Wudang school," says Chen Shiyu, inheritor of the Taoist kung fu in Wudang style. "The sword is considered as 'king of weapons'. It has a sense of elegance."

Different from deterrent cold weapons like broadswords and spears, the sword achieves a balance between hardness and softness, manifesting special beauty. "When you pull out the sword, it feels cold and lifeless. Yet it can be very mild once you wield it well, like communicating with a virtuous gentleman," Chen said.

He came to Wudang Mountain in 1994 to pursue his swordsman dream, having learned some local boxing in his hometown.

But things were not as he had imagined. "At first, we spent more than 8 hours a day practicing the basic techniques, such as kicking, squatting and straight punching."

Swordsmanship requires basic boxing techniques because the weapon is only an extension of your limb. "To merge the sword and the person, it is not a sword anymore, but a part of your arm," Chen said, demonstrating. "Always point the sword at where your hand reaches out. You stab and pull back the same way like this." That is essential in mastering the techniques.

Other than martial art training, the students need to learn about Taoism and traditional art forms, as well as grow vegetables by themselves. Taoist philosophy argues that people take things from and return to nature. The Wudang swordsmanship also shows the concept of integration between man and nature.

"Many names of the moves come from imitating other creatures," says Chen. "For example, 'the sparrow skims over the water.' You see the sparrow fly swiftly and skim over the water, right? It's just like that. You wield the sword, tap on it and go up."

"There's also 'the cat swoops on the mouse.' Imagine how the cat throws itself on the mouse, try to understand the move and use it in the swordsmanship. When you get the essence of it, you master the techniques."

Chen has been practicing at Wudang Mountain for more than 20 years. When he's not teaching tai chi at the club, he'll undertake spiritual practice on the mountain. "When one keeps a clear and peaceful mind, he is embraced by the heaven and the earth."

Chen has found his ideal lifestyle by combining Taoist philosophy and swordsmanship.