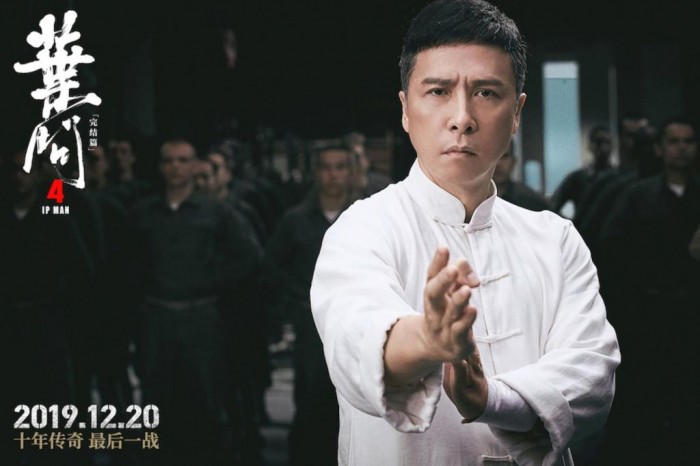 Directed by Wilson Yip, the new film sees Donnie Yen reprising the title role as the legendary Wing Chun kung fu master. In the film, following the death of his wife, Ip Man travels to the United States in order to ease the tensions between the local kung fu masters and his star student, Bruce Lee, and gets involved in a dispute between local armed forces and a Chinese martial arts school in San Francisco's Chinatown.

"Ip Man 4: The Finale" will be released by Well Go USA Entertainment in Chinese and English with English and Chinese subtitles in select North American cities including Sacramento, New York and San Francisco.

The film has been a box office winner on the Chinese mainland, raking in 446 million yuan (about 63.8 million U.S. dollars) over the past six days, according to the major Chinese film database Maoyan.

"The biopic movie franchise 'Ip Man' has spanned for the past decade and has become the bench mark for martial arts movies having created a new generation for the kung fu film fans," said Jason Pfardrescher, executive vice president of Well Go USA.

"Well Go is incredibly grateful for being associated with such an iconic franchise and it's our hope that the legendary sifu (master) would be proud of what we've accomplished," he told Xinhua.

The U.S. review aggregator Rotten Tomatoes gives "Ip Man 4: The Finale" a score of 89 percent based on 18 critics' reviews to date.

Some critics praised the film for its tremendous action.

"'Ip Man 4: The Finale' is a thrilling end to the Ip Man saga. The action is fast-paced, and the fighting is poetic," wrote Alan Ng for Film Threat.

"One of the unexpected pleasures of 'Ip Man 4' is a warm montage of highlights from the previous three films that plays at the close. Star Yen has said there are no more Ip films in his future, but no one would be upset if another one happened to come along," noted Kenneth Turan, a film critic with Los Angeles Times.