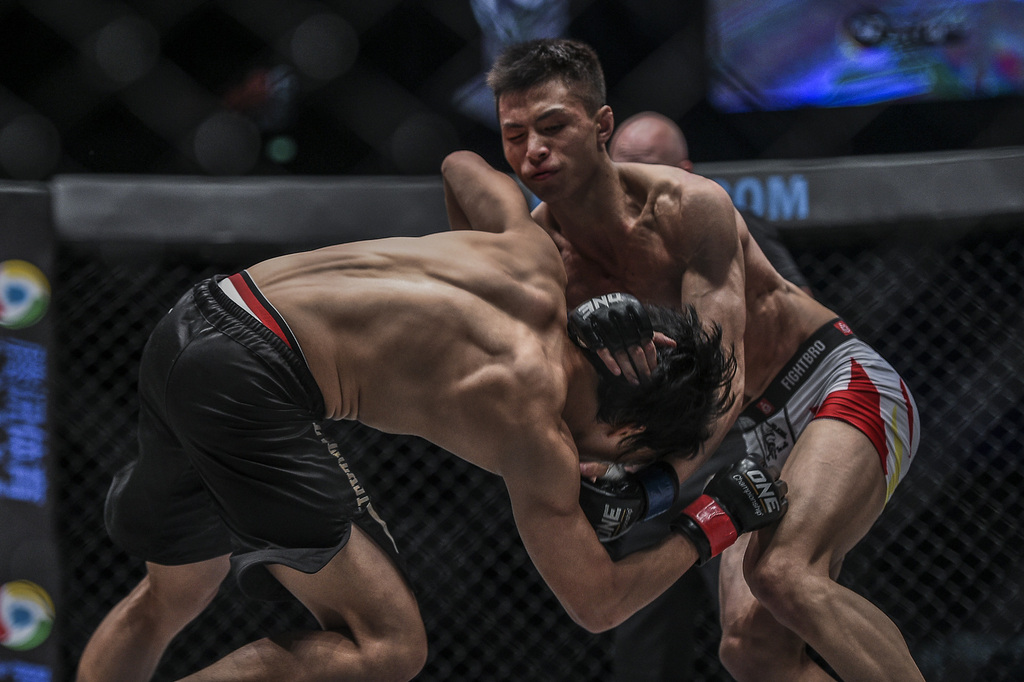 China's Xie Bin competes during the fight on Friday in Singapore. (Photo: Courtesy of One Championship)

Xie Bin has proved that a Chinese MMA fighter can achieve a three-bout winning streak in One Championship, after compatriots failed to do so. But the 20-year-old has vowed to do more.

At the “One Championship: Unstoppable Dreams” fight night at Singapore Indoor Stadium on Friday, bantamweight Xie put on a striking clinic, giving local favorite Huang Shi Hao a rude welcome in his promotional debut before Huang’s corner threw in the towel.

“There is still room for improvement,” the Zhengzhou-based fighter said after the fight. “Previous sweat has paid off, but I need to progress if I want to be competitive.”

Also on Friday, China’s featherweight fighter Xie Chao stopped Meas Meul of Cambodia through his diverse ground attack in the third round.

The Harbin-based fighter now moves his record to 8-3.

He echoed his compatriot’s opinion, saying he needs to train harder if he wants to ascend to a higher rank.

One Championship is scheduled to have its next event in Beijing, with the main event featuring China’s female strawweight world champion Xiong Jingnan defending her title against top-ranked Argentine powerhouse Laura Balin.