China became the first major movie market to bounce back from an epidemic-hit year in 2020, hauling in 20.4 billion yuan ($3.12 billion) in box office receipts, the China Film Administration said on Thursday night. 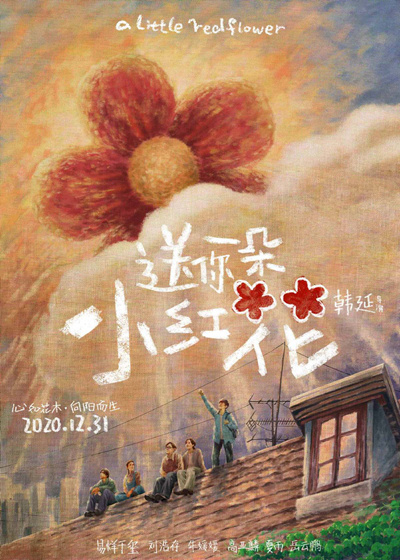 A poster for A Little Red Flower, the top-grossing Chinese film on the last day of 2020. [Photo/China Daily]

That result saw it end the year as the world's top-ranking market for the first time, beating out North America.

Grossing over 3.11 billion yuan, The Eight Hundred topped the charts as the highest-grossing Chinese film in 2020, followed by the anthology comedy My People, My Homeland in second place and the animated feature Legend of Deification.

Counting overseas revenues, The Eight Hundred surpassed Bad Boys for Life, starring Will Smith, and the Christopher Nolan-directed sci-fi movie Tenet to become the world's top-earning film in 2020, according to Box Office Mojo.

Liang Jing, the actress-turned-producer known for The Eight Hundred and Sacrifice, said the epidemic crisis might prove to be a turning point for Chinese filmmakers.

It had accelerated the Chinese film industry's teaming up with internet players, she said, encouraging local talent to figure out a more efficient way to draw audiences now that pandemic prevention measures have been normalized.