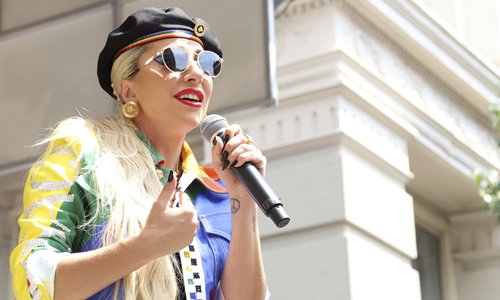 Chinese fans outraged at Lady Gaga addressed her "wrongdoings" that included her support of a Hong Kong separatist, associating with the Dalai Lama, and promoting "Taiwan independence". The singer's Chinese fans have vowed to boycott the controversial star, citing "national interest prevails all."

Netizen's anger was sparked after it was revealed the singer was following a Hong Kong separatist on Instagram. A screenshot that went viral revealed Lady Gaga was following @EmilyWaiYi on the Facebook-owned photo-sharing platform.

The account featured slogans echoing Hong Kong rioters, but only had 43 followers including Lady Gaga.

The account was set as private, as of press time, and Lady Gaga was no longer following it.

A self-proclaimed '8-year fan of Lady Gaga" wrote on Sina Weibo that he/she was lying to himself/herself that the singer's previous behaviors, including meeting the Dalai Lama, were innocent mistakes, but now feels otherwise due to her following the Hong Kong separatist.

"An eight-year attachment with Gaga is deep, but national interest prevails all," said the fan, who uses the name LadyGagaChinaOfficial. The Sina Weibo user removed all information about Gaga from the account.

Lady Gaga has yet to comment on the issue.

Hashtag "LadyGaga HongKong separatism" was viewed more than 1.8 million times as of press time, with many of her fans vowing to end their support and boycott her music.

Chinese fans in 2016 bashed Lady Gaga after she met with the Dalai Lama and posted photos of the meeting on Instagram, which have since been removed from her account.