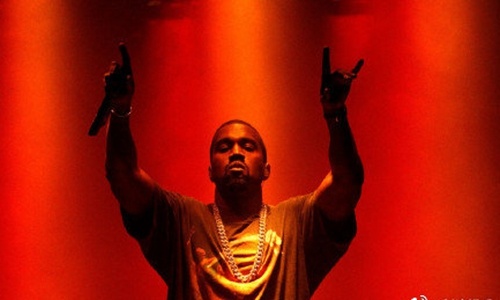 After US rapper Kanye West announced his presidential bid on Twitter on Sunday, Chinese netizens took to social media to discuss the announcement, leading to one comment about the rapper's connection to the city of Nanjing gaining major ground.

West, 43-year-old music artist who has won a total of 21 Grammy Awards, announced his bid on Twitter with the message: "We must now realize the promise of America by trusting God, unifying our vision and building our future. I am running for president of the United States."

Among the many posts about the news, the comment "our Nanjing rapper will run for president of the US" has become the most popular one.

The reason for the comment is that West was once a resident of the city.

In 1987, West, then 10 years old, came to live in Nanjing, East China's Jiangsu Province, with his mother Donda West.

His mother was a foreign teacher at Nanjing University,he studied at the university's affiliated primary school for a year.

Donda talked about her and her son's time in Nanjing in her book Raising Kanye: Life Lessons from the Mother of a Hip-Hop Superstar, noting that he enjoyed a happy life in China. During his time in the city, he studied Tai Chi, used chopsticks to eat and once break danced for his Chinese friends.

Kanye West also mentioned in a 2011 interview that China had a big influence on his career, according to a report from Daily Rap Facts.

"I think being in China got me ready to be a celebrity because, at that time, a lot of Chinese had never seen a black person. They would always come up and also stare at me, fishbowl me and everything. And that's kind of the way it is for me right now," he said.

As the news spread on Chinese social media, jokes and suggestions for the rapper's campaign soon followed.

Some Chinese netizens also commented that he owed an apology to the US singer Taylor Swift as he put the word "bitch" on his song "Famous" without getting the permission of Taylor in a call.

"He and his wife Kim Kardashian West should call Trump, and he can also produce a song that edits Trump's 'OK' phone recording and agrees to release it! The lyric would be Trump supports him to the next president," one netizen joked, referring to the time that West's wife Kim Kardashian posted a recording of a phone call between the two stars that was edited to make it appear that Swift gave West permission to use the word "bitch" in a song about her. An unedited video of the call later leaked which shows that West never brought the derogatory term up.

"He should send a pair of Yeezy shoes to each supporter as a gift," another netizen joked on Sina Weibo.

West once collaborated with Adidas on the release of the Adidas Yeezy Boost in 2015. The 9,000 limited-run shoes sold out within 10 minutes, earning West a new title as a fashion designer.