STOCKHOLM, April 13 (Xinhua) - From the Netherlands to Finland and Denmark, the arrival of Chinese giant pandas in several European countries in recent years has been greatly welcomed by the locals. What's more, these furry friendship ambassadors have strengthened China's relations with these countries as well as the Chinese people's friendship with the locals.

The pandas' stay in their foreign homes also promotes joint research cooperation that could benefit global environmental and animal protection. 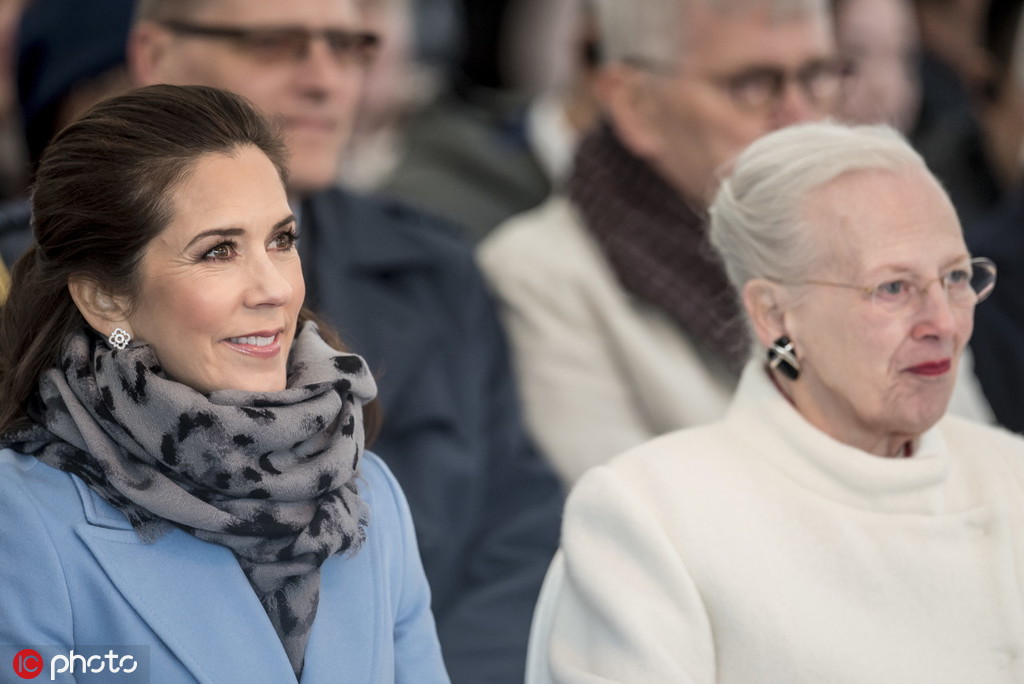 None of these pupils had ever seen a real panda, and they were eager to see and curious to explore everything about these two lovely pandas who came from China a week ago, such as how much bamboo a panda eats, how long they sleep a day, etc.

"It's hard to express my feelings. We are so happy that the Chinese government gave us these two giant pandas, to Her Majesty the Queen of Denmark and to the Danish people. We are so proud and happy to have the two pandas here," Jorgen Horwitz, chairman of the Board of Copenhagen Zoo, told Xinhua. 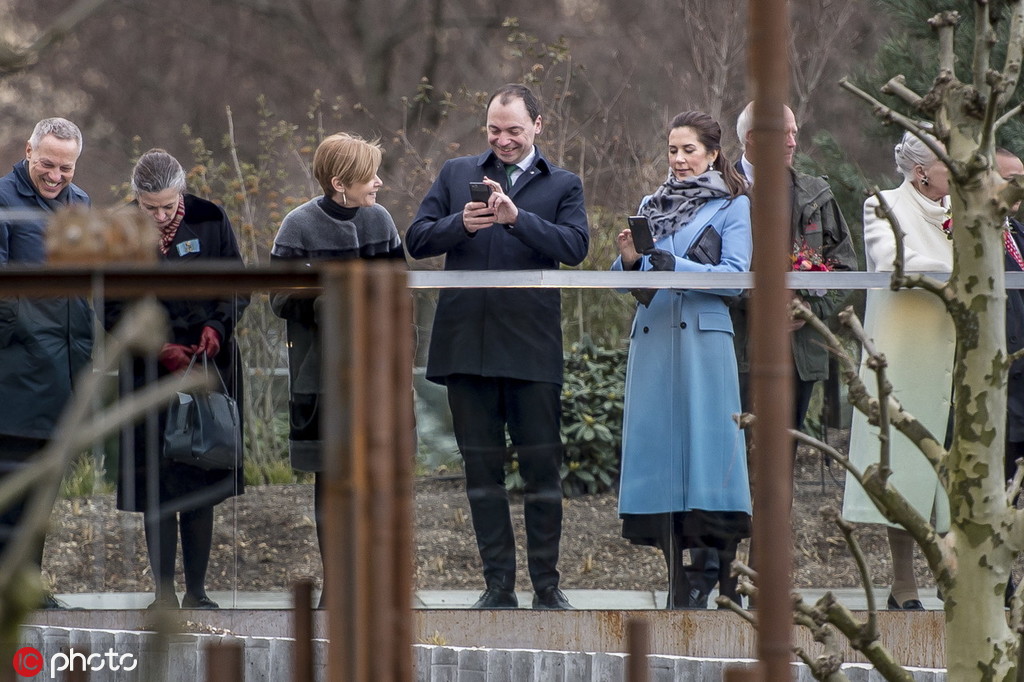 "Mao Sun and Xing Er (the two pandas) seemed to have fit in very well, actually, so we are very lucky," he said, promising "we will take very good care of them here. I think, culturally, it's very good to have them here in Denmark. Huge thanks to China for giving us the honor."

Mikkel Stelvig, a zoologist at Copenhagen Zoo, told Xinhua the two pandas "seem to be adapting pretty well, relaxed and curious, which is a good sign. They do explore their surroundings and the outside as well."

Jorgen Nielsen, CEO of Copenhagen Zoo, said much has been done to welcome what he called "one of the biggest moments in the zoo's 160-year history."      The zoo has built a state-of-the-art panda facility, sent animal keepers, zoologists and veterinarians on study trips to China, collaborated closely with Chinese specialists, and planted bamboo in Denmark especially for the pandas. 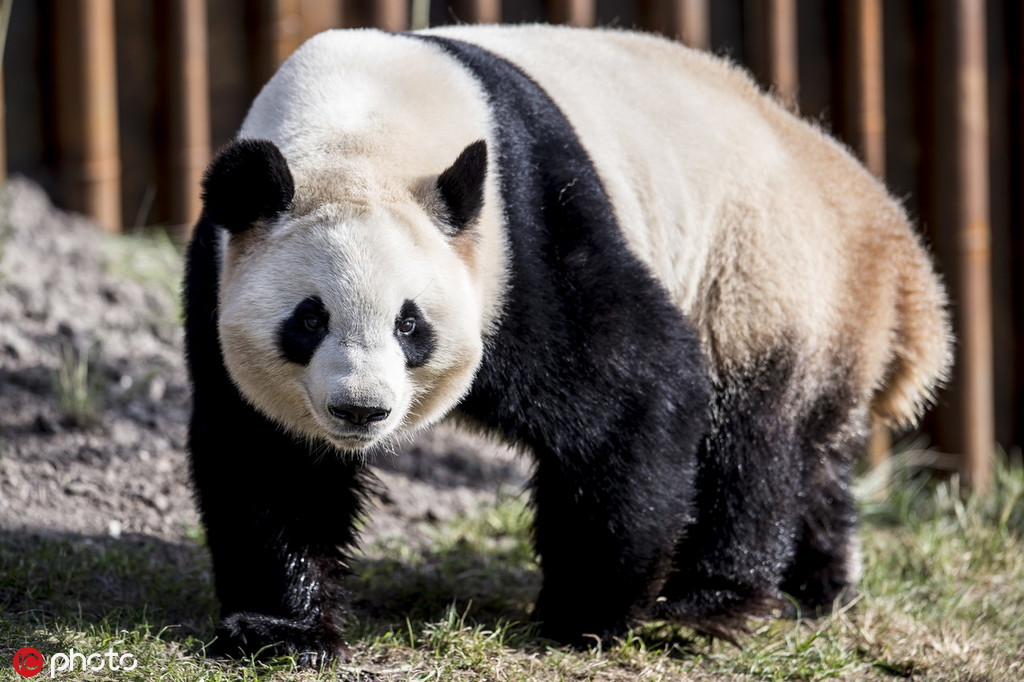 The panda Mao Sun at its new enclosure in the zoo in Copenhagen, Denmark, April 10, 2019. (Photo:IC)

The two pandas arrived at Copenhagen Airport on April 4 and were transported to Copenhagen Zoo later that day. Danish Queen Margrethe II officially opened the Panda House at Copenhagen Zoo on Wednesday as well as the Sino-Denmark Giant Panda joint research project.

"It's an honor to welcome Mao Sun and Xing Er to Denmark. They are symbols of the ties between Denmark and China, and we think that these two pandas will strengthen the relationship between Denmark and China, based on respect, dignity and friendship," Danish Culture Minister Mette Bock said on Wednesday, when Danish Queen Margrethe II officially opened the Panda House at Copenhagen Zoo. 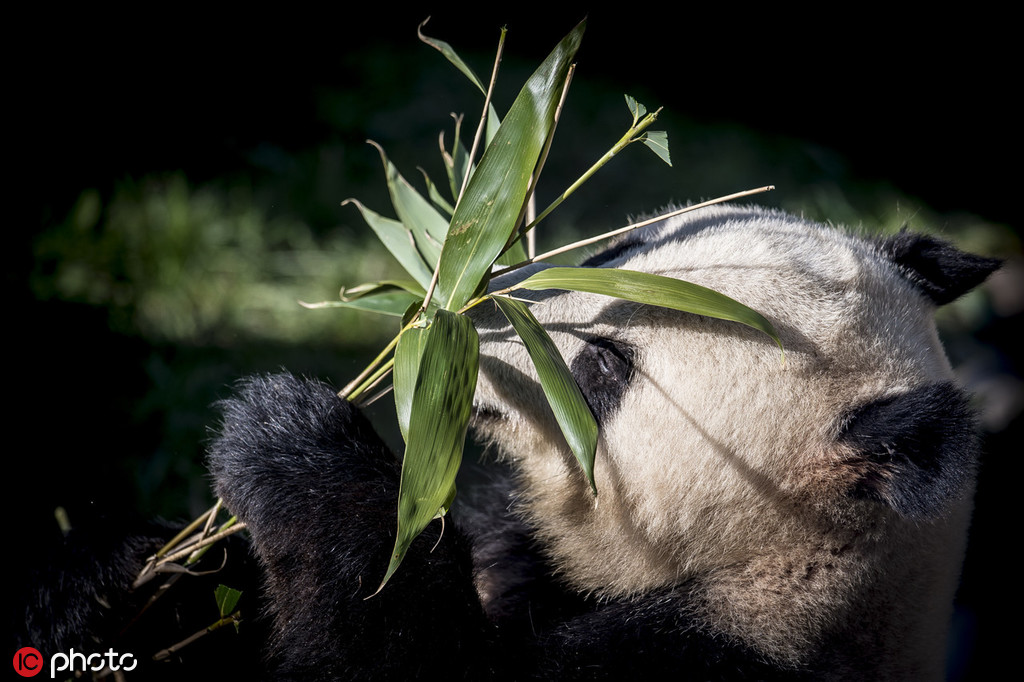 "We will do our utmost to take good care of these two remarkable animals, and to provide them with the best possible conditions to flourish," she added.

"The comprehensive strategic partnership between China and Denmark has continued to deepen and is moving towards a higher level in the new decade," said Deng Ying, Chinese ambassador to Denmark, at the ceremony.

In an interview earlier, Danish Prime Minister Lars Loekke Rasmussen said, "The giant pandas are a symbol of the close friendship between China and Denmark ... I am very pleased that China will give the Danish people the possibility to meet these cute animals."

China and Denmark agreed on a joint program on giant panda research cooperation during Queen Margrethe II's state visit to China in 2014, and the agreement was signed when Danish Prime Minister Rasmussen visited China in 2017, bringing a pair of giant pandas from the Chengdu Giant Panda Breeding Research Base to Copenhagen.

Denmark was among the first Western countries that established diplomatic relations with the People's Republic of China and the friendship between the two countries goes back a long way.

Since the establishment of a comprehensive strategic partnership between China and Denmark in 2008, bilateral relations have continued to develop in a healthy and steady manner, and the two countries have become increasingly close in exchanges and cooperation in the fields of politics, economy, culture, education and science and technology.

In January 2018, two pandas, Hua Bao and Jin Baobao, arrived in Finland, the first Nordic country to receive a pair of giant pandas from China. Finns even gave them the Finnish nicknames "Pyry" and "Lumi," which mean "heavy snowfall" and "snow."

Finnish Prime Minister Juha Sipila said the arrival of the pandas was "a great thing" for Finland, and it was the result of the bilateral trust. He said the cooperation on the research of giant pandas was important for Finland and he expected "a lot from this cooperation."

In the Netherlands, following a 16-year period of consultations and preparations, the two pandas were symbolically gifted to the Netherlands by China during the state visit of the Dutch royal couple in October 2015, and arrived in the Netherlands in April 2017.

Former Dutch Prime Minister Jan Peter Balkenende, who played a role in the panda cooperation project, said that "if pandas are lent to a country, it is an expression of friendship and connection."

Wednesday's grand opening in Copenhagen also saw the kick-start of the Sino-Denmark Giant Panda joint research cooperation project. The pandas will be living in Copenhagen for 15 years, according to the agreement signed between the Chinese Association of Zoological Gardens and Copenhagen Zoo in 2017. 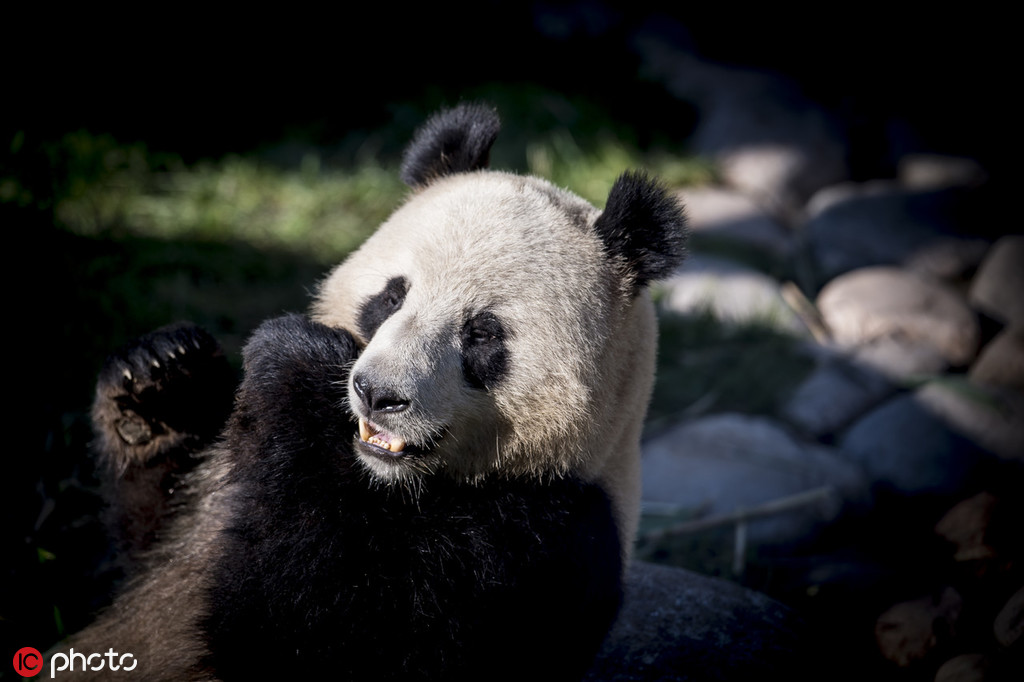 "The 15-year Sino-Danish Panda International Research Cooperation Project has officially begun. The two sides will start cooperation and research in the fields of giant panda breeding, animal behavior and protection education, and will jointly promote the protection of endangered wildlife such as giant pandas," Zhang Zhihe, director of the Chengdu Research Base of Giant Panda Breeding, told Xinhua on Wednesday.

"No doubt that we have learnt a lot from China. And we also hope to be able to offer good examples from Denmark so that we could learn from each other ... and we are very much looking forward to the cooperation with China in the joint research on these two pandas here," Horwitz told Xinhua.

Zhang believed the two pandas will promote exchanges and cooperation between China and Denmark in many fields.

In Finland, the male panda, Hua Bao, and the female panda, Jin Baobao, arrived in January 2018. They were the first pair of Chinese giant pandas arriving in the Nordic countries.

Their new home in the Ahtari Zoo, some 300 km north of Helsinki, was opened to the public in March 2018. Finnish Minister of Agriculture and Forestry Jari Leppa hoped cooperative research on giant pandas at the zoo would foster more scientific, economic and cultural cooperation between the experts, institutes and enterprises of Finland and China.

Elsewhere in the Dutch city of Rhenen, two giant pandas, Wu Wen, a female panda, and Xing Ya, a male panda, met hundreds of human fans in May 2017.

"Through an intensive program, China has succeeded to stop the decline of the number of pandas. China also makes efforts to maintain the natural habitat of the giant pandas. We would also like to contribute to that," said Martijn van Dam, Dutch state secretary for economic affairs.

He believed that, with the help of the pandas, Dutch children would "get inspired" and could become "new nature protectors" in the future.

"Let this be a sign of hope that with joint forces we can protect our nature worldwide, and let this be the beginning of a wave of inspiration for the new generation," van Dam said.