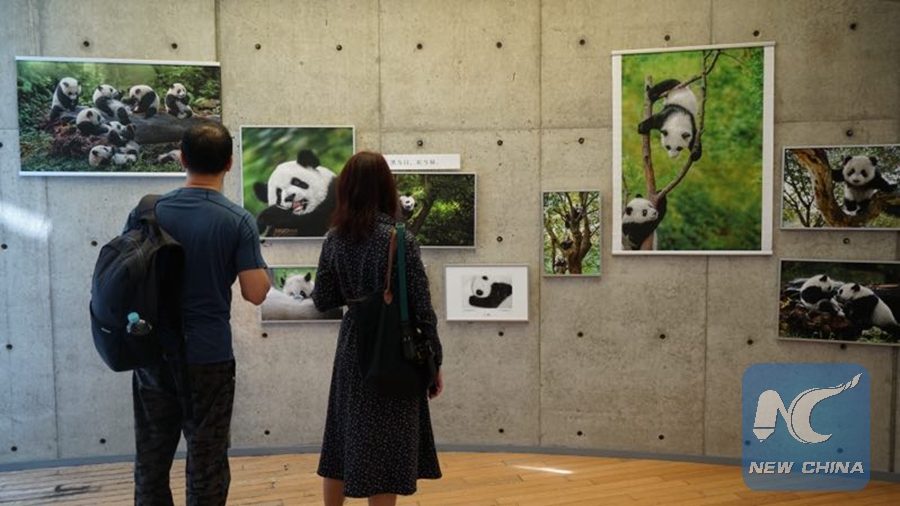 Visitors view exhibits during a photo exhibition on giant panda in an art gallery in Tokyo, Japan, May 20, 2019. (Photo: Xinhua/Liang Saiyu)

"This might be the only color photo of a giant panda," said Chinese photographer Zhou Mengqi, pointing to a photo of a fluffy cub spitting out its pink tongue.

Zhou launched a photo exhibition on giant panda Monday in an art gallery in downtown Tokyo, the first of its kind by a Chinese photographer in Japan.

The exhibition, with 46 photos, was titled "Giant panda and its hometown." It mainly displays the image of giant pandas, their habitat and living environment. 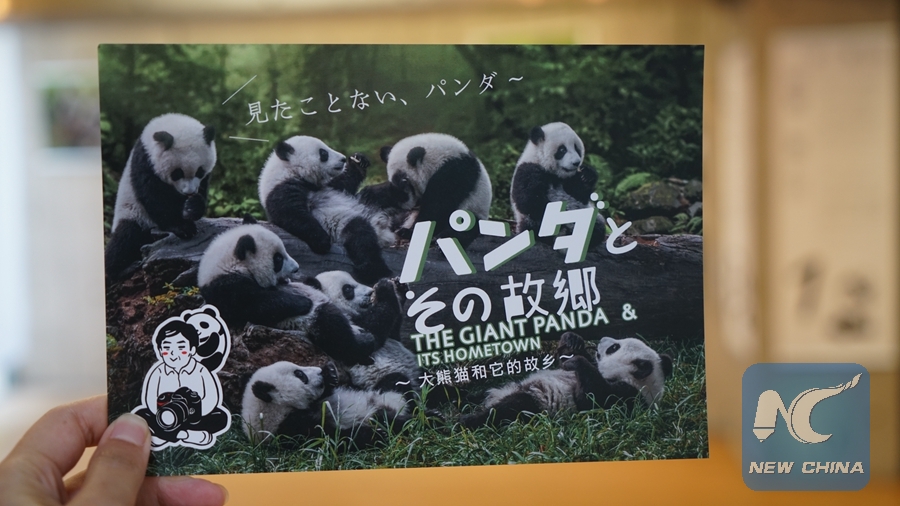 Photo taken on May 20, 2019 shows the title "Giant panda and its hometown" of a photo exhibition on giant panda in an art gallery in Tokyo, Japan. (Photo: Xinhua/Liang Saiyu)

Zhou, 65, spent the past 27 years taking photos for pandas in their habitats in China's Sichuan and Shaanxi provinces.

"This year marks the 150th anniversary of the Westerner discovery of giant panda. I hope more Japanese people can understand the cuteness of this animal. I also expect that giant panda can further enhance the friendship between China and Japan," he added.

Shohiro Sakagawa, a Japanese visitor who came for the exhibition, was impressed by the photos. He said: "It is difficult to see photos of so many giant panda cubs in Japan. My favorite one is a group of newly born ones. The way the panda babies sleep is very cute." 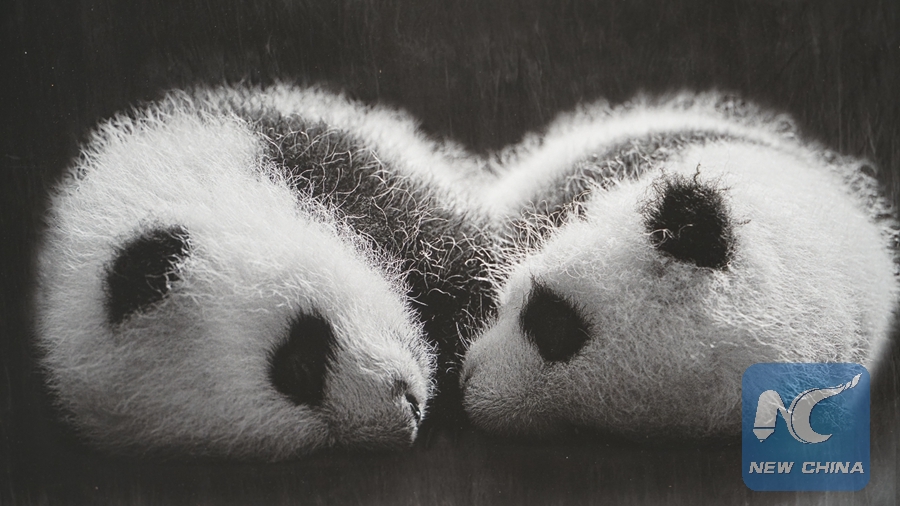 Feng Ge, director of the Japan Giant Panda Conservation Association, believes that the exhibition will help Japanese panda-lovers better understand the living conditions of giant pandas in China. It is also possible to improve relationships of the two peoples through the exhibition, he said.

Currently, there are 10 giant pandas living in Japan. Among them, the giant panda named "Xiang Xiang" of the Ueno Zoo is a national celebrity.

Feng noted that since the birth of "Xiang Xiang" in 2017, the number of applicants to join the Japan Giant Panda Conservation Association has soared. Many Japanese people are eager to see giant pandas in Sichuan, China.

"The giant panda represents peace and calm, that is why it touches people across the world," Feng said.