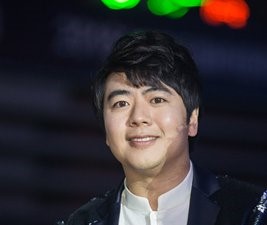 The Chinese prince of the classical music world Lang Lang returned to the spotlight on Friday after a year's absence due to an injured left arm. Lang made his highly anticipated return to the stage at Tanglewood, the summer home of the Boston Symphony Orchestra in Berkshire, Massachusetts, quickly causing a buzz on Chinese social media and raising expectations among Chinese fans and professionals that they would soon be able to see him perform. "I hope to see him cooperating more with celebrated orchestras and maestros. It would be great if he could try works from different musicians for his albums," said Ying Yue, an editor for a classical music media outlet.While support for the musician was prominent, some fans also expressed that they were worried about Lang's current condition and the possible impact it may have on his career. "Being injured for such a long time, it surely has had an impact," netizen Langlang Tieba posted on Sina Weibo. Unlike many other pianists who often remain outside the mainstream despite their fame in classical music circles, Lang is a household name in China and an idol with a huge fan base. Even those who are not classical music fans buy tickets to his concerts just to have a look at him and experience a world-class performance. "Apart from his talent in music and high international cred, Lang is also loved by fans because of his cute appearance and lively personality. To some extent, he is also an entertainment star," said Ying. She added that Lang's constant involvement in variety shows in China, such as Hunan Television's Happy Camp, Zhejiang Television's Super Brain and his cooperation with pop-stars such as Jay Zhou have made him extremely popular among the general public. Lang also performed at the annual CCTV Spring Festival gala, the most watched TV program in the country, in 2013, 2014 and 2016. Lang's popularity among younger Chinese is also reflected in the wide use online of emojis featuring his dramatic facial expressions.