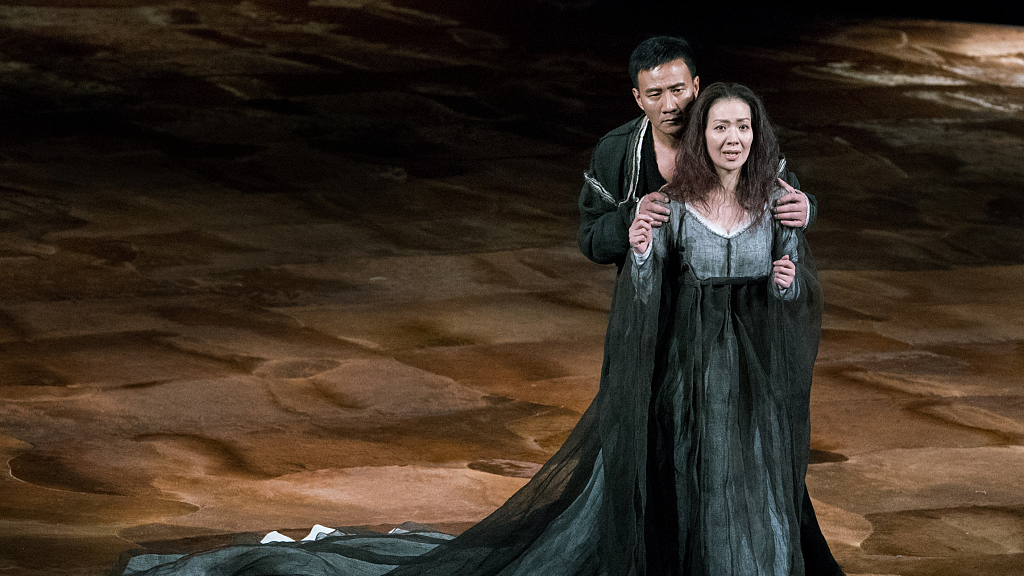 A still from the Chinese production of "Hamlet." (Photo: CGTN)

A Chinese production of William Shakespeare's masterpiece "Hamlet" will grace the Beijing stage at the Poly Theater from March 12 to 15, marking the start of the play's second China tour.

Different from the first tour which was themed "Our Hamlet" in 2018, the production team is expected to strike a chord with audiences, said Li Liuyi, director of the play, at a recent launch event for the tour.

"We are open to comments and criticisms," veteran theatrical actor Pu Cunxin, who is cast as Claudius and the ghost of the late king, said at the event.

The Chinese version stars popular actor Hu Jun, who will play the titular character of the Danish prince.

Last year, a Chinese version of "Hamlet," remade by Beijing's Li Liuyi Theatre Studio, had its premiere at the National Center for the Performing Arts (NCPA) on November 28.

Over 400 years after the original play's debut, Chinese audiences were again stunned by the magic of the Shakespearean classic.

You may be interested in The magic of Shakespeare's 'Hamlet' recreated in Chinese.

Considered one of the most influential literary works in the world, "Hamlet" depicts the prince's revenge against his uncle, Claudius, who murders Hamlet's father in order to usurp his throne and marry Hamlet's mother.

The Chinese production is the second play directed by Li Liuyi in partnership with the Royal Shakespeare Company (RSC) after "King Lear" under the RSC's translation project initiated in 2015.