HEFEI, May 24 (Xinhua) -- Chinese paleontologists have discovered more than 30 ancient human fossils that dated back to about 300,000 years, at an excavation site in Dongzhi County in east China's Anhui Province. 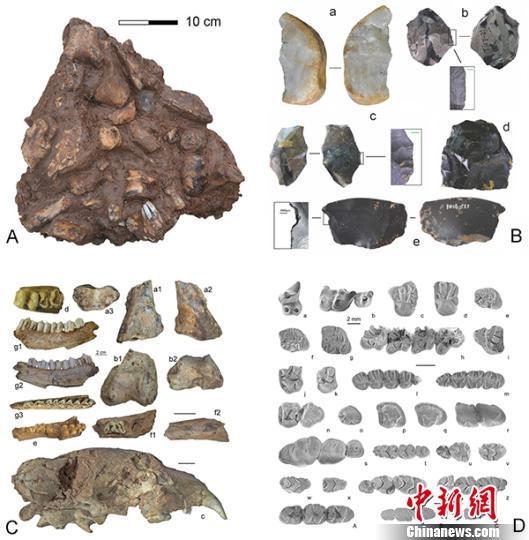 They have also found more than 100 stone artifacts used by ancient humans as well as mammalian fossils of over 40 species. The discoveries are expected to shed new light on how ancient humans in the East Asia continent had evolved, according to the paleontologists.

The fossils and artifacts were discovered during archaeological excavations over the past 15 years at the site, which experts believe to be a collapsed cave, said Wu Xiujie, a member of the research team and a professor with the Institute of Vertebrate Paleontology and Paleoanthropology of the Chinese Academy of Sciences.

"In the cave, we not only have discovered a large number of ancient human fossils, but also found a variety of evidences of ancient human behaviors, which could shed light on scenarios of their life," Wu said.

The fossils include a human skull of the Middle Pleistocene period (from 781,000 to 126,000 years ago) that contains a largely complete facial structure, most of the brain cranium, and one side of the mandible.

The site was first discovered in 2004, when mammalian fossils were accidentally found when a local farmer was building a sheep-holding pen. The first excavation of the site was conducted in the summer of 2006, which yielded a partial human frontal bone, a molar, and stone artifacts. Enditem