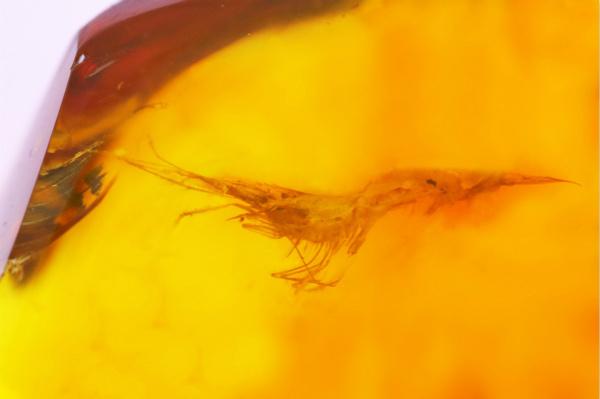 It is rare to see aquatic organisms preserved in amber, and this is the first time a caridean shrimp has been discovered in an amber fossil, according to the team.

According to Li Xinzheng from the Institute of Oceanology, the shrimp, very similar to the current living genus Palaemon, lived in an estuary region.

The specimen offers insight into the adaptive evolution of caridean shrimp, as well as the transition of aquatic organisms from marine environments to freshwater environments, said Huang Dawei from Nankai University.

The research was published in the journal Scientific Reports. The specimen is currently stored at the PaleoDiary Museum in Beijing.