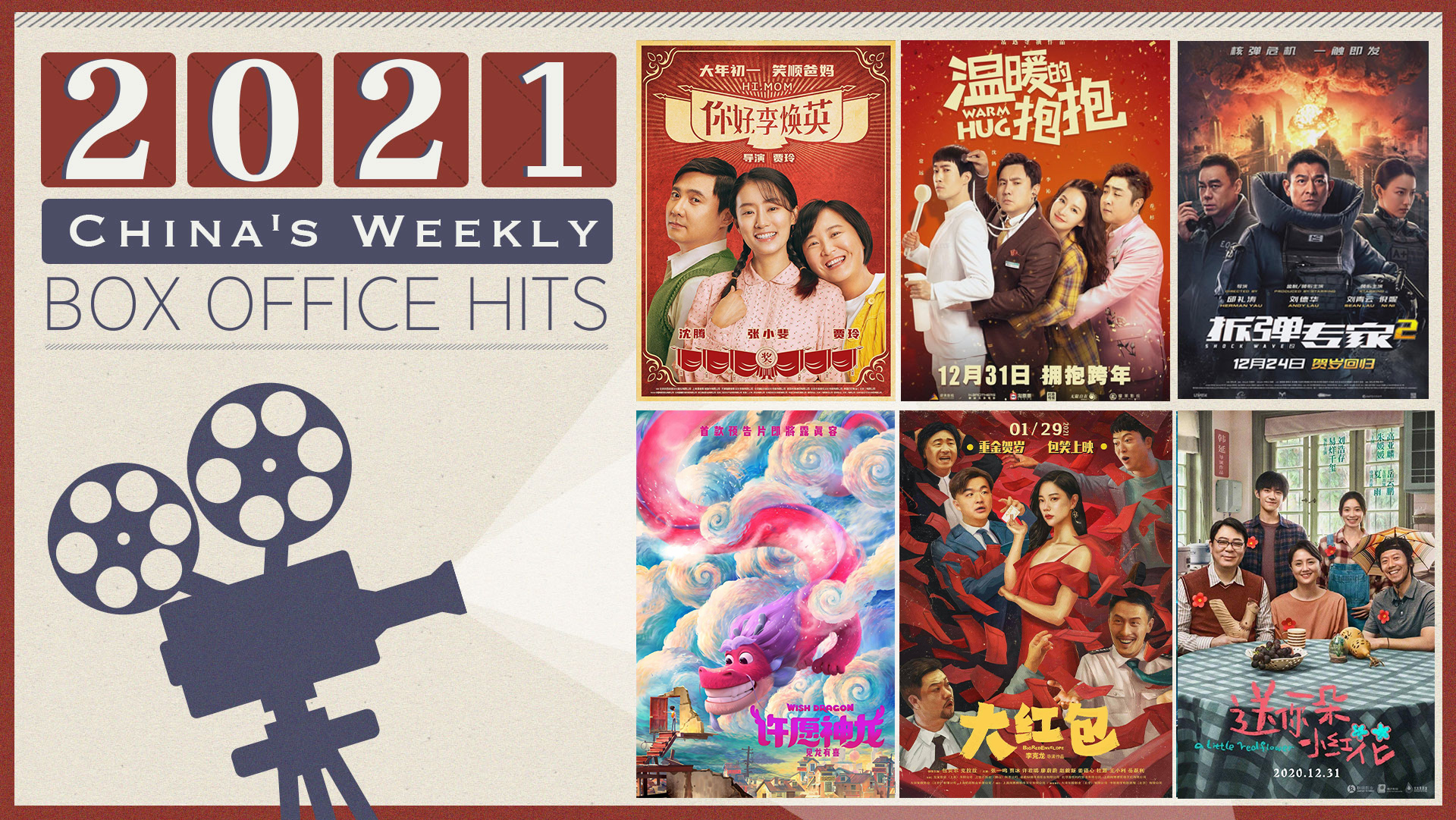 The romantic comedy film "Big Red Envelope" has continued to lead China's daily box office chart since its debut on January 22, raking in more than 95 million yuan in the past week. Starring Bao Bei'er and Clara Lee, the film revolves around a man who hires an actress to join him in a fake marriage to collect the money in the red envelopes gifted to them at the ceremony. This new release title may be intended as a critique of obsessions with money, gifting culture, and societal status as red packets are traditional gifts of money in Chinese culture.

Coming in second at the box office with revenue over 73 million yuan in ticket sales was "Shock Wave 2," a Universe Entertainment's action sequel directed by Herman Yau and starring Andy Lau.

The 2021 first blockbuster, "A Little Red Flower", held third place, which has taken in a cumulative total of over 1.35 billion yuan so far. Directed by Han Yan and starring rising stars Jackson Yee (Yiyang Qianxi) and Liu Haocun, it tells the touching story of two families battling cancer.

It is Jackson Yee's second-leading role after "Better Days," which will represent the Hong Kong Special Administrative Region (HKSAR) in the Best International Feature Film category at the 93rd Academy Awards in April. The film continues to top China's box office for four consecutive weeks since its debut on December 31.

Chinese comedy film "Detective Chinatown 3" has reeled in over 100 million yuan in pre-sales ahead of the Spring Festival, or the Chinese Lunar New Year, making it one of the most anticipated films in the Spring Festival box office season.

Starring actors Wang Baoqiang and Liu Haoran, the comedy movie tells a mysterious story of the protagonists heading to Tokyo to track down the suspects of a mysterious murder.

The previous production of the sequel "Detective Chinatown 2" raked in about 3.4 billion yuan on the Chinese mainland.

Time travel comedy "Hi, Mom" will also be released during the Spring Festival holiday. The film is Chinese comedian Jia Ling's first go as a director. She not only directs and acts but also has many scenes opposite her partner, Shen Teng. Audiences have been looking forward to seeing the hilarious duo paired up.