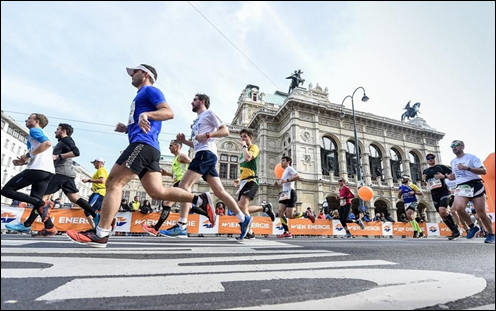 The Chinese Athletic Association (CAA) gave three Chinese athletes a life-time ban, after their violation of the 2019 Boston Marathon regulations, saying the incident has badly influenced Chinese society and the three have refused to communicate.The CAA issued the notice on Thursday, saying that two athletes, Wu Zhaofeng and Zhao Baoying, forged their results, and that Zhang Jianhua gave his number to others without official permission. The three were given life-time bans from marathons and similar contests held in China in the future, read the notice. It vowed to deal with any sort of violations and demanded all participants maintain the game order.According to the official website of the Boston marathon association, a total of 951 runners from China are qualified for the Monday event.Many professionals in the field, however, questioned whether some of the Chinese participants' submissions were authentic, China National Radio (CNR) reported Wednesday.As the entry requirements of the Boston Marathon are very high, some runners fabricate their previous scores to qualify to attend the event, Wang Yiping, a marathon fan from East China's Anhui Province, told CNR on Wednesday. YESports, a Beijing-based travel agency, told CNR that they can fake records to help runner get into the Boston Marathon at the price price was 50,000 yuan  for each quota ($7,459). Besides fake transcripts, scandals including cheating by runners and unprofessional behavior of organizers have cast a cloud over marathons and runners from China.