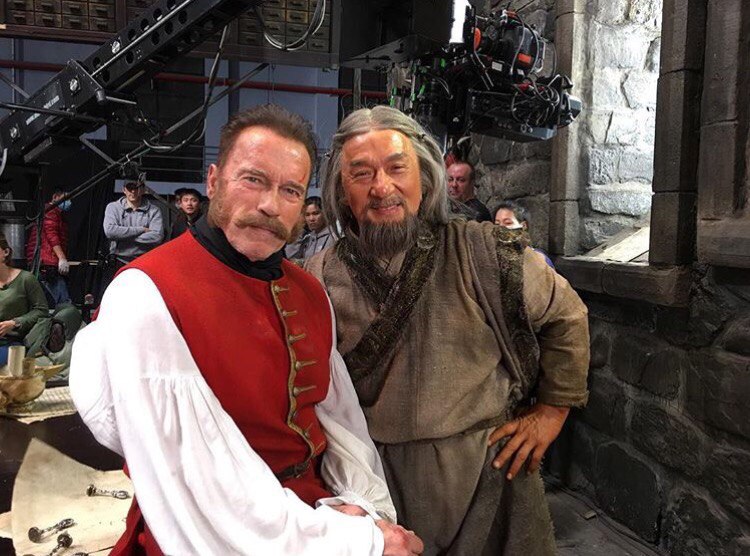 BEIJING, Aug. 13 (Xinhua) -- "Viy 2," also known as "The Mystery of Dragon Seal," a fantasy adventure film co-produced by China Film Co., Ltd. and Russian Film Group, is set to hit Chinese theaters on Friday, according to the China Film Distribution and Exhibition Association.

Starring Jackie Chan, Arnold Schwarzenegger and Jason Flemyng, the film is a sequel to the 2014 Russian film "Viy," which is loosely based on the Nikolai Gogol story about an eighteenth-century English traveler setting out on a journey to map the uncharted lands of Transylvania.

In the new film, once again the English traveler sets out for a long journey full of adventures that will eventually lead him to China.

"Viy" was not released in China.