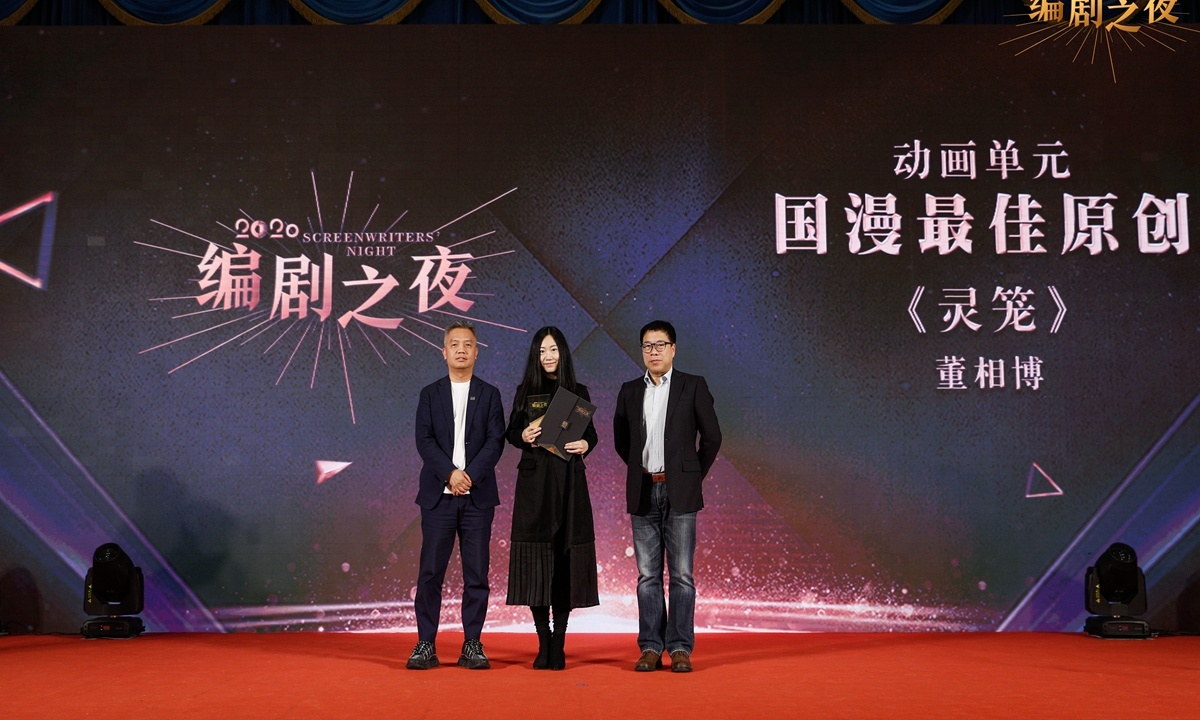 A total of 23 screenwriters and 13 productions such as movies, animations and TV series were awarded at Screenwriters' Night on Saturday. The event, hosted by the China Federation of Radio and Television Associations and Chinese streaming giant iQIYI, aims to encourage and fund more young screen talents as well as discover promising new content.

The jury for the event included veteran and renowned directors and scholars such as Xie Fei, Li Shaohong and Zheng Xiaolong. A number of series and movies received awards including Best Adaptation, Best Original and Best Internet Screening. Lin Yongcheng, Li Yuan and Xu Yimeng were awarded Best Film Adaptation for their work Better Days, a movie that performed well both critically and financially. Special awards were given to Ma Jihong, writer of the TV series Diplomatic Situation, and Jiao Zi, the director behind the animated box-office hit Ne Zha.